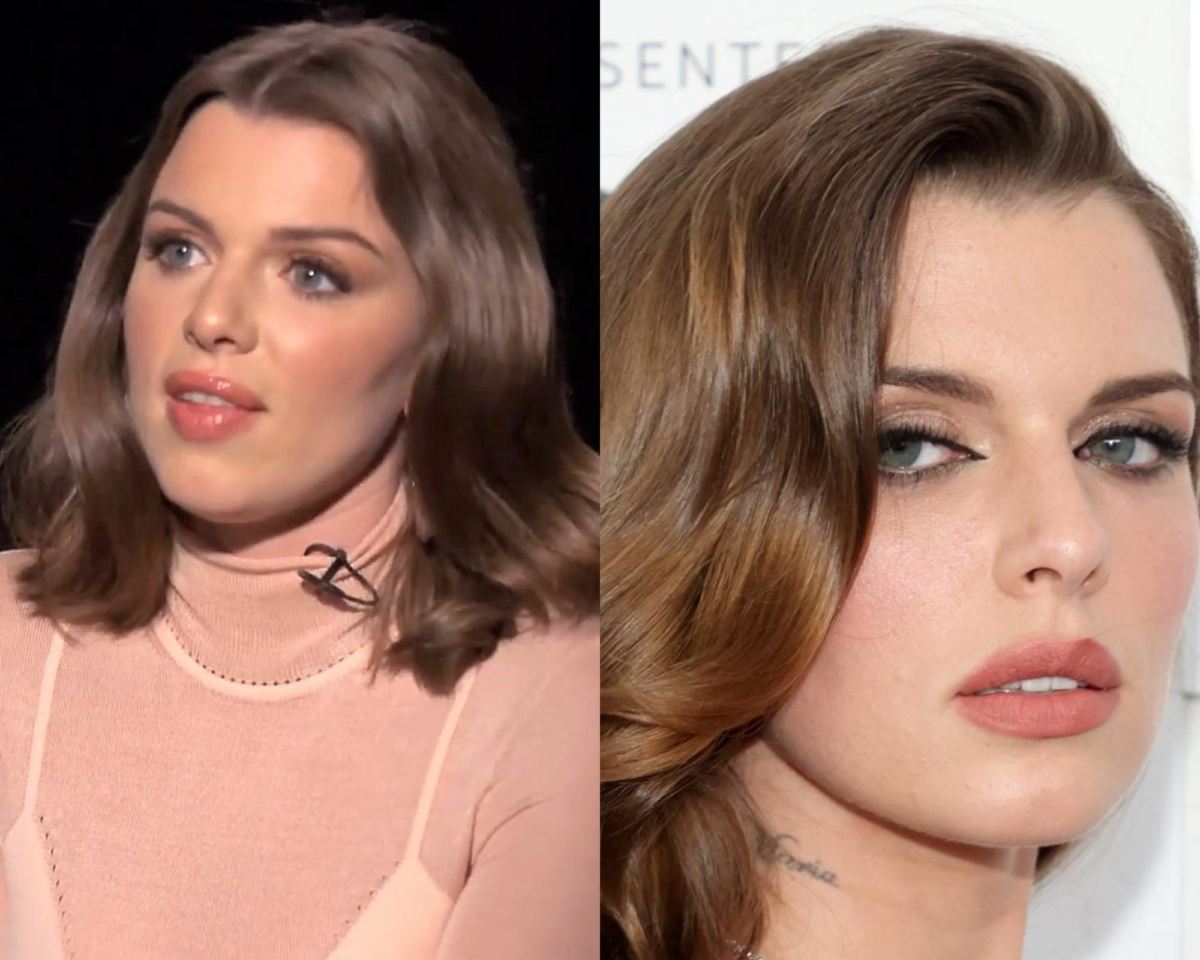 Julia is known as an Italian-American actress and filmmaker.

She reportedly lived in Italy before moving to New York City at the age of six.

Fox got her start in the entertainment industry in 2018 following her role as Julia De Fiore in film ‘Uncut Gems’.

She has been married to pilot Peter Artemiev since 2018. The pair welcomed their son in January 2021.

However, she made some harsh remarks about him on her Instagram in late December 2021. 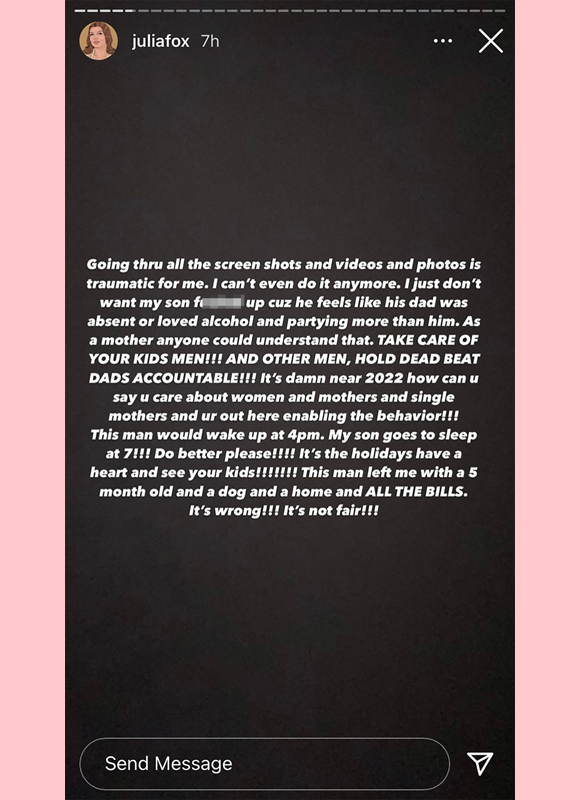 She vented: “This man left me with a 5-month-old and a dog and a home and ALL THE BILLS.” 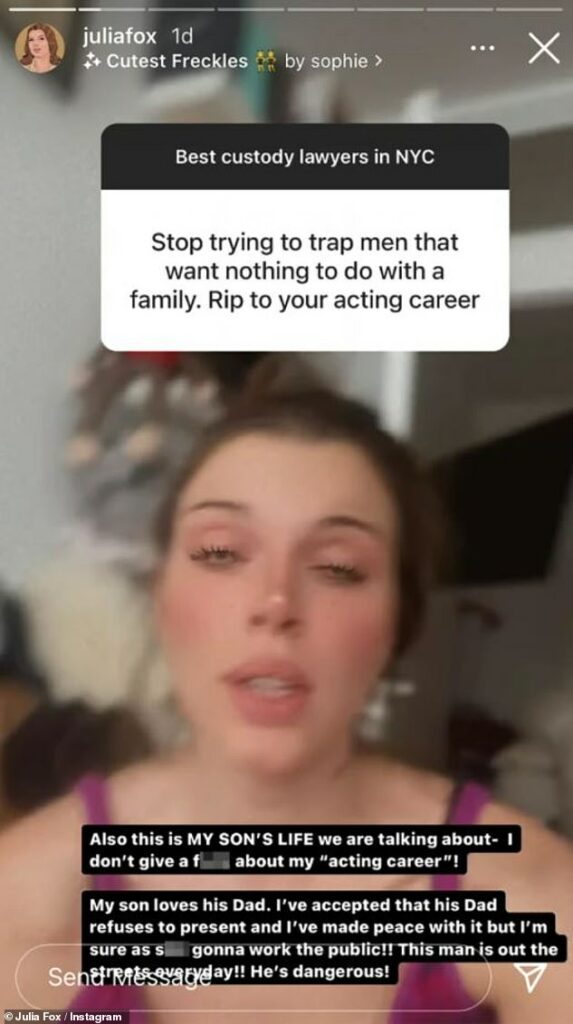 She continued: ‘I just don’t want my son f***ed up cuz he feels like his dad was absent or loved alcohol and partying more than him … this man left me with a 5 month old and a dog and a home and ALL THE BILLS. It’s wrong!!! It’s not fair!!!’

Responding to these comments made by Fox, her husband, Artemiev, told Page Six that: “I was saddened to learn of the utterly false statements made on social media by Julia Fox, my co-parent, who is clearly struggling. Out of respect for her privacy and to protect our child, I will not comment further.”

Julia recently apologized to her ex Peter Artemiev for calling him a ‘deadbeat dad.’

On a new episode of her podcast Forbidden Fruits, Julia said: 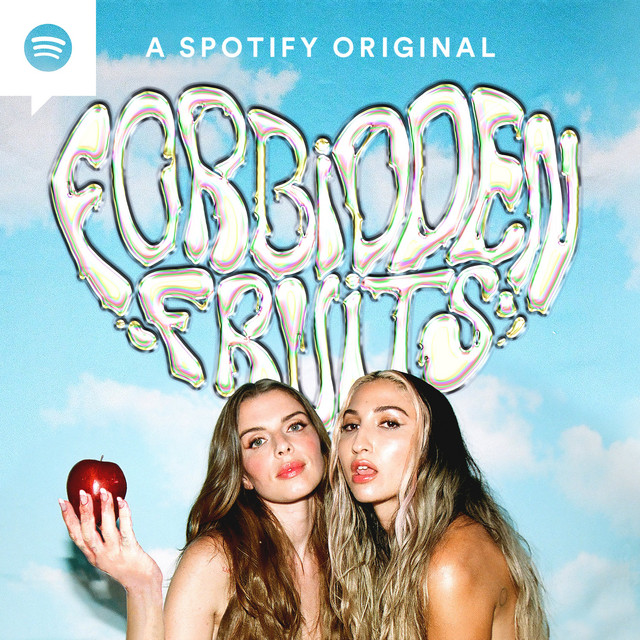 She added: ‘Everyone had COVID. I had no help at all whatsoever, and my friend was out and saw Peter out and Peter was saying something along the lines of: “That b**** won’t let me see my son.” And when that was relayed to me… my blood boiled. I just snapped.’

Just days after her comments about Artemiev, Fox was seen out with Kanye West in Miami, Florida.

They appear to be dating, based on an essay Fox published in Interview Magazine called “Date Night.”

“I met Ye in Miami on New Year’s Eve and it was an instant connection,” Fox wrote.

“His energy is so fun to be around. He had me and my friends laughing, dancing, and smiling all night. We decided to keep the energy going and fly back to New York City to see Slave Play.”

“Ye’s flight landed at six and the play was at seven and he was there ON TIME. I was impressed,” she continued.

Fox continued: “At the restaurant, Ye directed an entire photo shoot for me while people dined!

“The whole restaurant loved it and cheered us on while it was happening. After dinner Ye had a surprise for me. I mean, I’m still in shock.

“Ye had an entire hotel suite full of clothes. It was every girl’s dream come true. It felt like a real Cinderella moment.”

“I don’t know how he did it, or how he got all of it there in time,” she continued. “But I was so surprised. Like, who does things like this on a second date?”