Instagram model Youngsweetro has recently been seen behind the scenes of Travis Scotts latest project. the model posted a video of the rapper on her Instagram Story.

The video shows Rojean behind the camera on set of a shoot, with Travis seen in the background. She wrote, “I’m directing obvi 😉.” 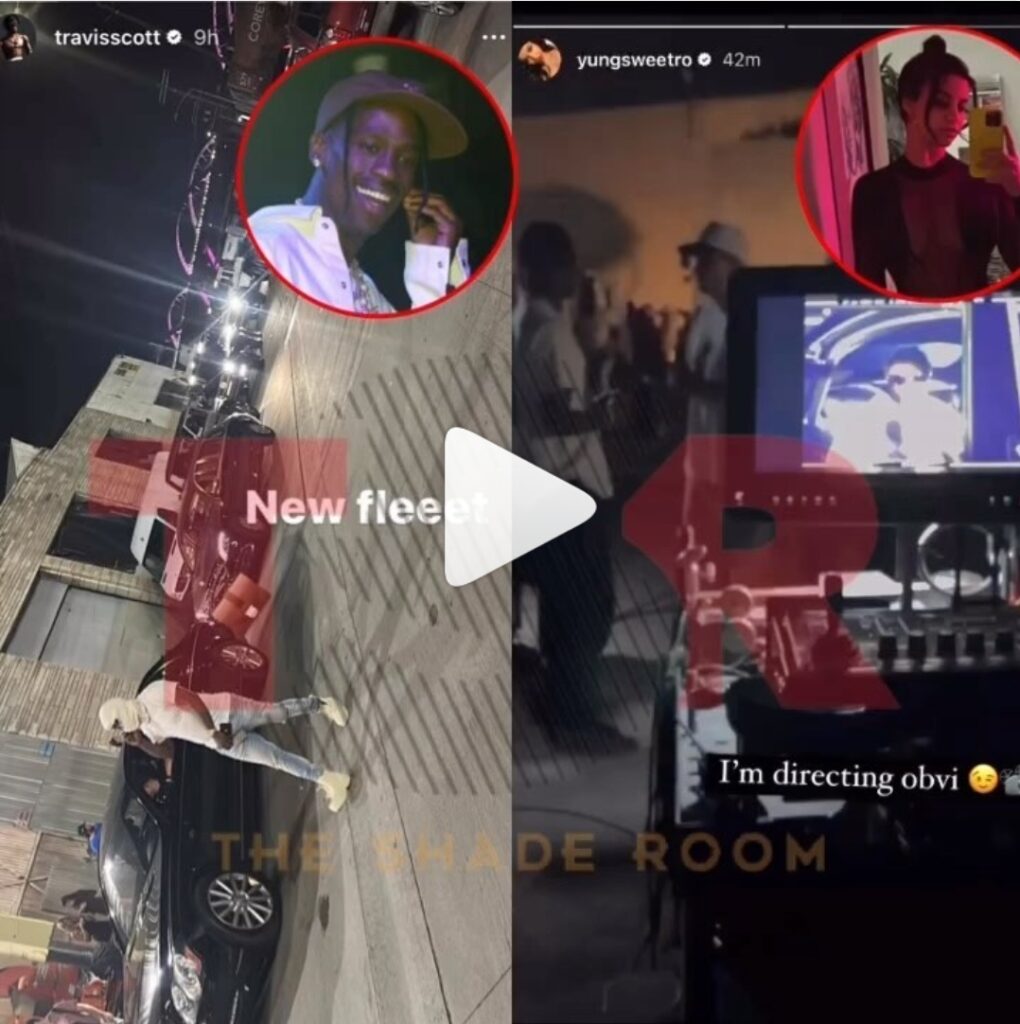 This isn’t the first the pair have been linked, leading to further cheating allegations.

Scott and Kylie were first linked when they were spotted holding hands at Coachella 2017.

Speaking of the beginnings of their relationship, Kylie told GQ.

“Coachella was one of the stops on his tour,” she told the publication. “So he said, ‘I’m going back on tour—what do we want to do about this?’ Because we obviously liked each other.”

“We had a lot of downtime. It was organic. And we would just go to these random cities. We got to not be who we really were. Like, if we were in L.A., I feel like it would’ve been way different,” she said. “Everything happened for a reason.

We weren’t going out as ‘Kylie and Trav’.

We would just be in Cleveland, walking the street for hours. We would go on walks, and no one would bother us.”

Since then the two have had a tumultuous relationship plaque with cheating rumours. Back in 2019 TMZ claimed the Keeping Up With The Kardashians star suspected Travis was cheating after finding something unsavoury on his phone.

But at the time Travis’ reps denied he had done anything wrong. In a statement they said: “Travis Scott vehemently denies he cheated on Kylie. It is not true. He did not cheat.”

Travis then deleted his Instagram in the wake of the allegations.

The allegations came after Kylie apparently blocked an Instagram model called Yungsweetro back in March, with the model reportedly hinting over the years that she was in the same place as Travis.

However, the influencer denied having a relationship with the Travis, her Instagram story read: ‘None of these rumours are true, it’s just the internet creating a false narrative.

‘Please stop spreading lies & leave him, her & I alone because it’s affecting real lives. Thank you.’

In March 2018, Travis shared an image of himself on a ski trip – with Yungsweetro posting a picture from the same location the following day.

And in August 2018, Yungsweetro posted a picture from a casino a week after the rapper was pictured at a casino with similar surroundings.

Many online speculate Travis and Youngsweetro share a pair of promise rings. 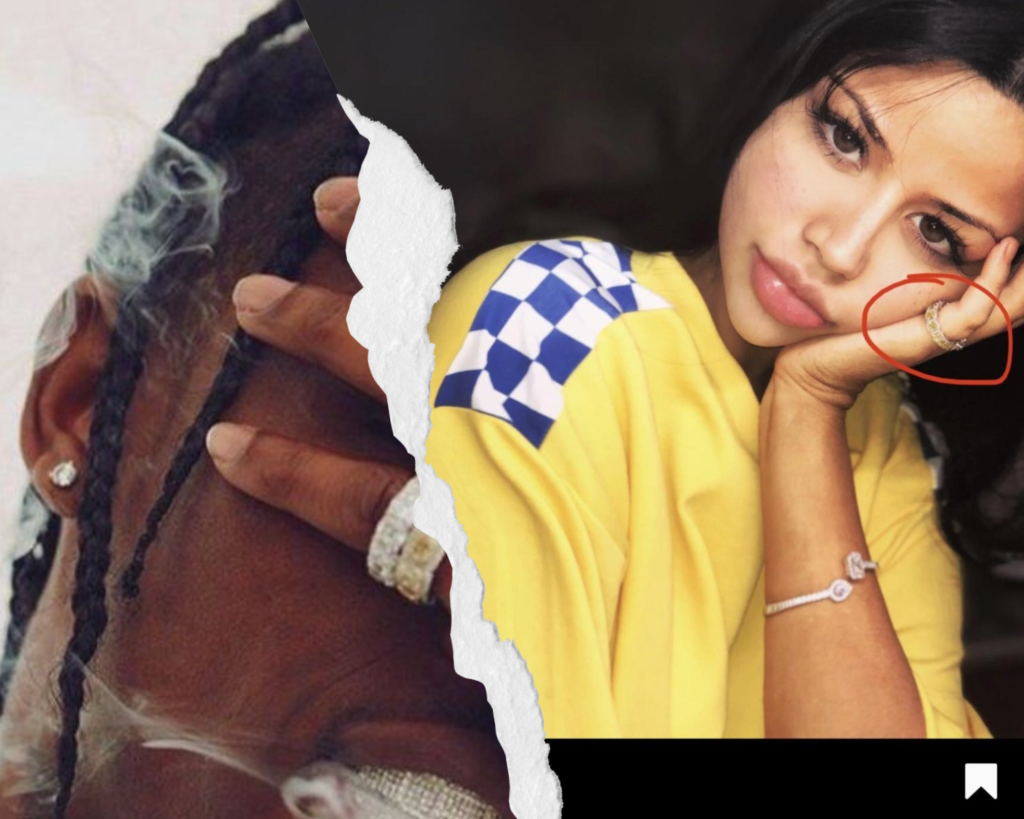 Travis always wears this ring as well as Youngsweetrow whi has a very similar one. Travis’s much bigger than hers but they look to be the same pattern.

In reference to the rings she once posted to her social media:

‘never broke a promise’. Which seems like she’s referring to this alleged promise ring.