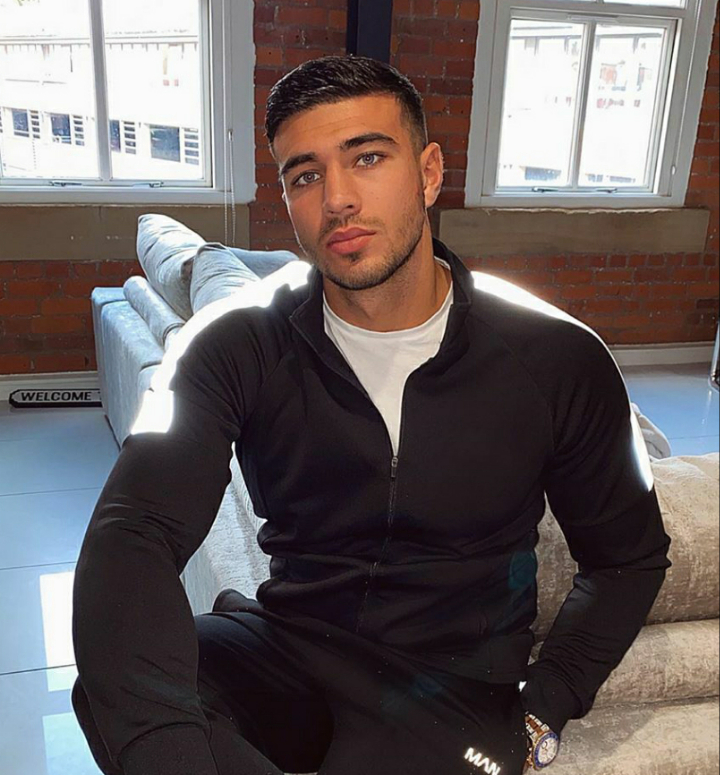 Tommy Fury Shocks Fans after sharing a social media video on regarding his birthday. In the video Tommy is seen with Girlfriend Molly Mae and mentions he turns 21 tomorrow. Many shocked by the news took to twitter. Check out the following tweets:

“How is it actually tommy fury’s 21st tomorrow, looks about 30” 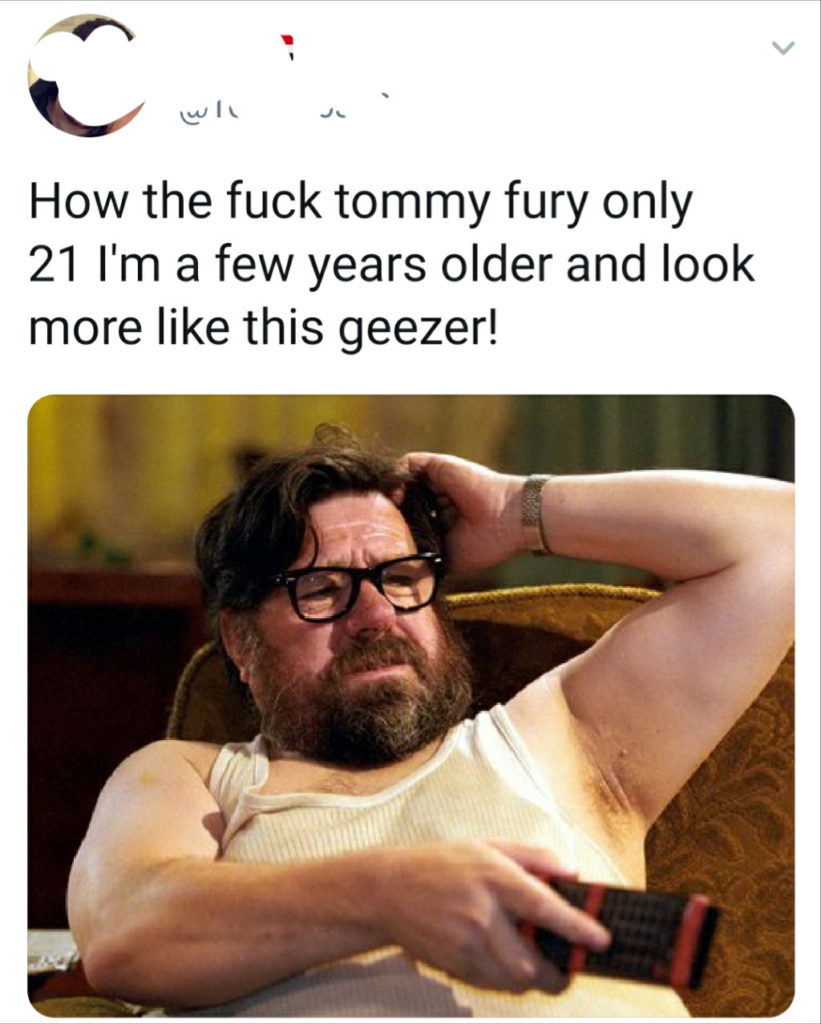 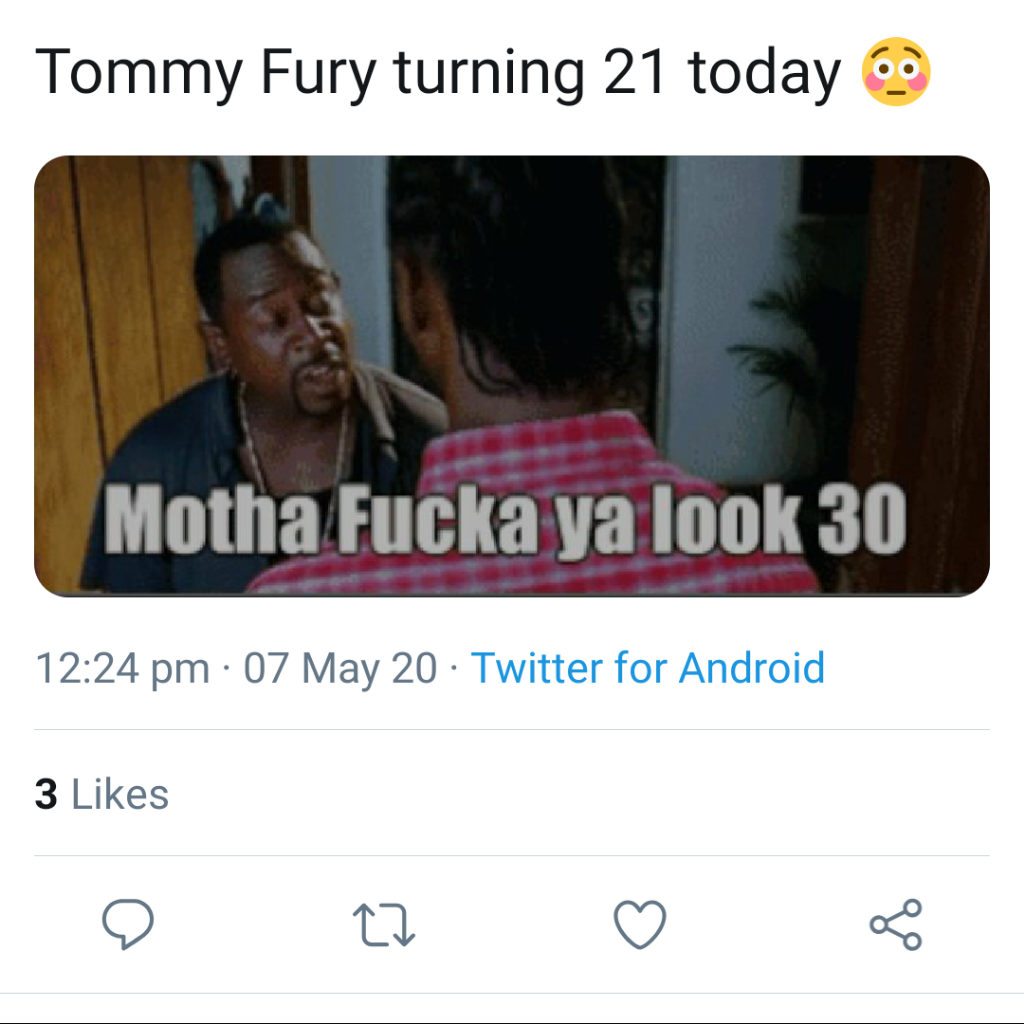 Tommy and Molly-Mae met on last year’s love island. Fans of the show doubted Mollys authenticity and named her ‘money Mae’ subsequently the duo ended the series in 2nd place behind winner Amber Gill. Since leaving love island the loved up pair have moved in together, further cementing their relationship. You can regularly catch the couple on Mollys youtube channel where they give a tour of their modern flat.

Tommy Fury and Molly Get Caught Out

Tommy and his girlfriend Molly -Mae hit the headlines recently after being cruelly pranked by a youtuber. The prankster called the pair pretending to be talk show host James Corden. 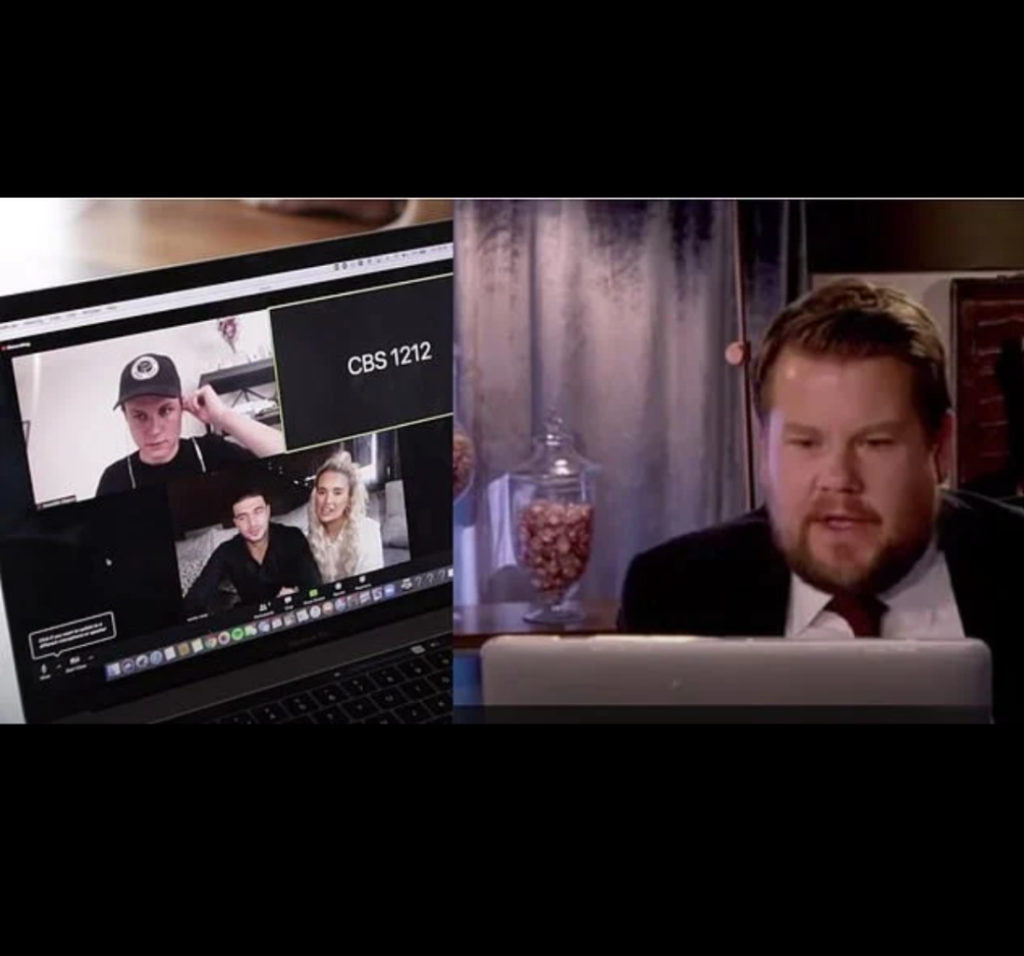 ‘pre recorded James Corden’ began by asking: ‘So, you two are dating?’ to which Molly-Mae answered: ‘We are indeed,’ while Tommy responded: ‘It might be a bit past dating, but call it that if you want!’

Molly and Tommy failed to notice the unusual conversation, and seemed delighted to be talking with the host. 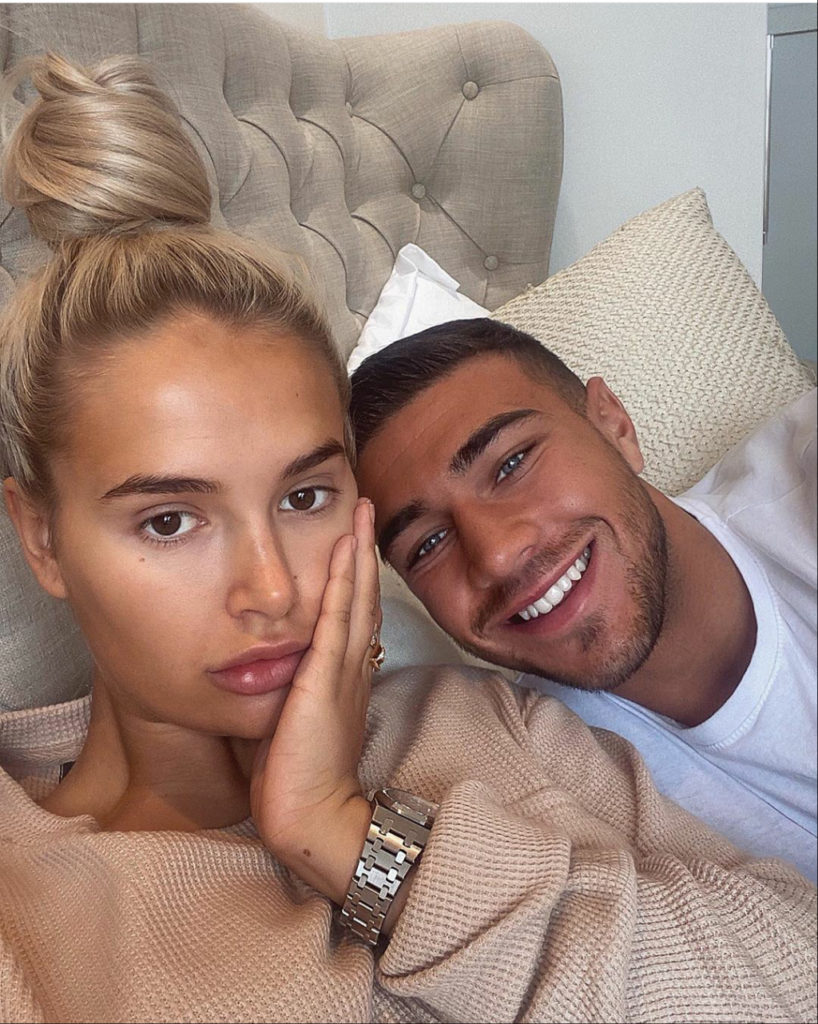 Fake Corden then asked who they would want to play them in a movie, with Tommy choosing Leonardo DiCaprio while Molly-Mae went for Margot Robbie, enthusing that it’d ‘be like Wolf Of Wall Street’.

Finally the couple caught on to what was happening and saw the funny side. Thankfully