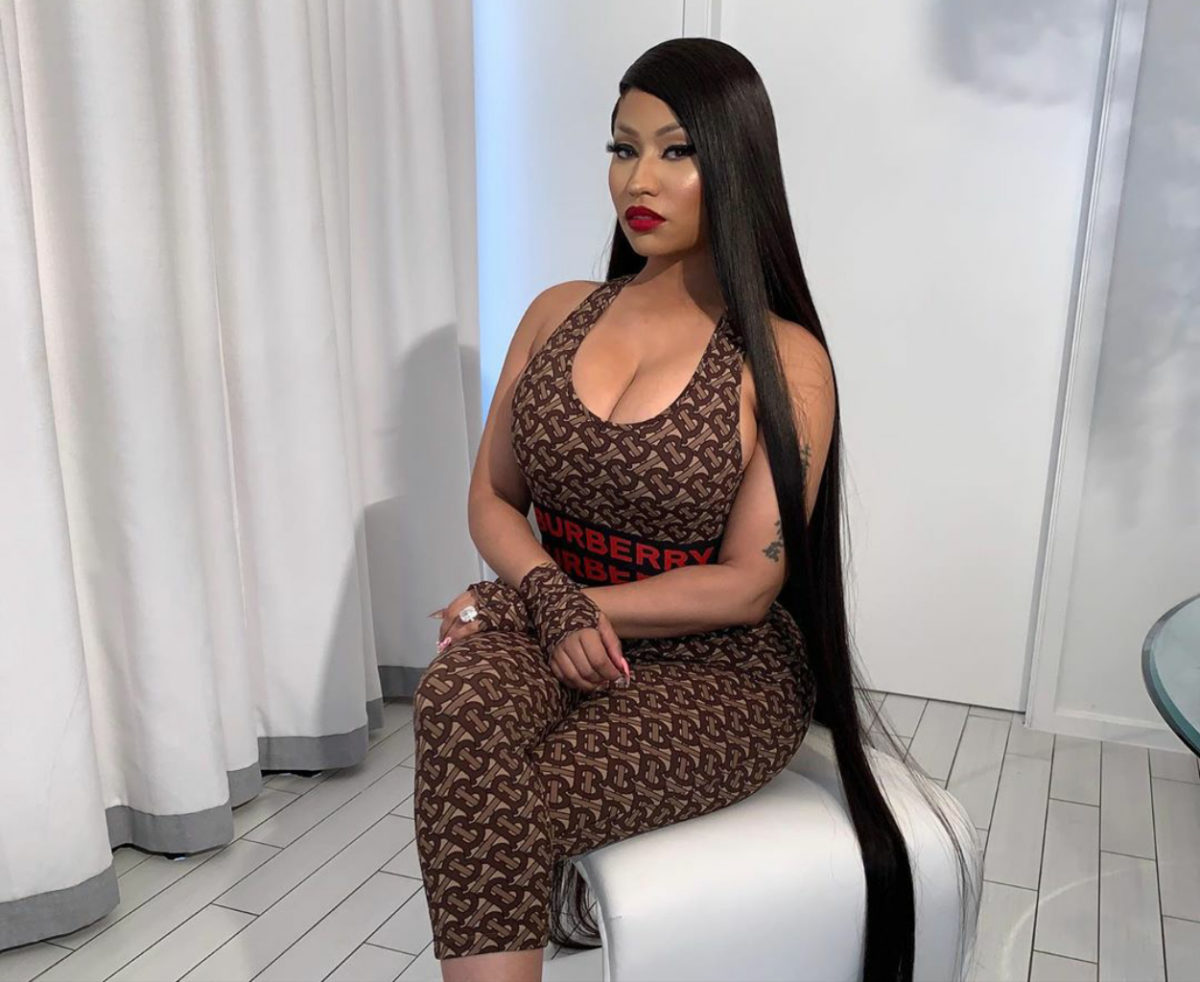 Niki Minaj fans are convinced the star is pregnant. The rapper seemingly confirmed the news after replying to a tweet. During a Twitter Q&A a fan of the ‘anaconda’ rapper asked: ‘Are you also throwing up in morning and having to go to the bathroom a lot?” to which Minaj responded:

‘Lmao. No throwing up. But nausea and peeing non stop.

‘Omg what do u think this means guys???? Lmaooooooooooo,’ 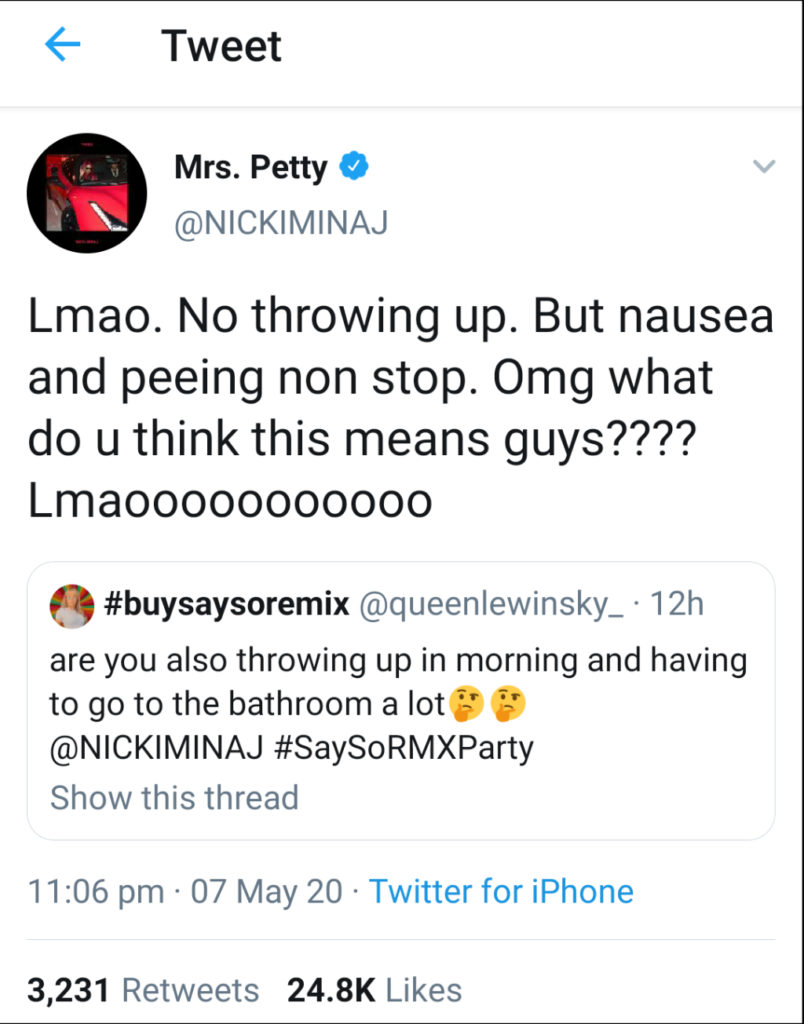 Excited at Nikis revelation, another fan asked: ‘Can you post a baby bump pic Queen?’

With Minaj answering: ‘Yea in a couple months. The world ain’t ready yet.’

Pregnancy rumours have followed the rapper since she announced her marriage to Kenneth Petty. Its believed the couple first met as teens, before meeting again as adults and tying the knot. This isn’t the first time the rapper has eluded to a pregnancy. Many are convinced Minaj is actually referring to new music. She hasn’t released an album since ‘Queen’. 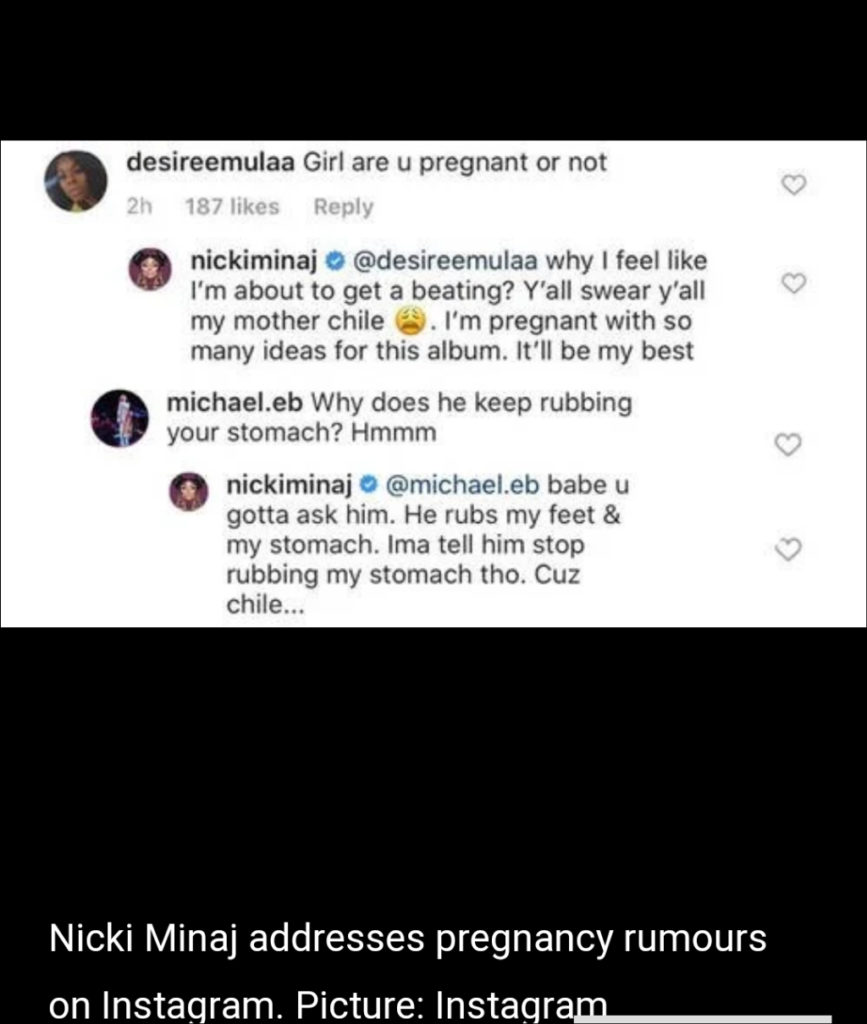 Back in February the ‘super bass’ star shared a video of Mr Petty lovingly rubbing her stomach, prompting one fan to ask:

‘Girl are you pregnant or not?’,

Nicki responded by saying ‘Why I feel like I’m about to get a beating? Y’all swear y’all my mother chile. I’m pregnant with so many ideas of this album. It’ll be my best’.

Another fan asked why he keeps rubbing the stars stomach, to which she replied: ‘babe u gotta ask him. He rubs my feet & my stomach. Ima tell him stop rubbing my stomach tho. Cuz chile…’. 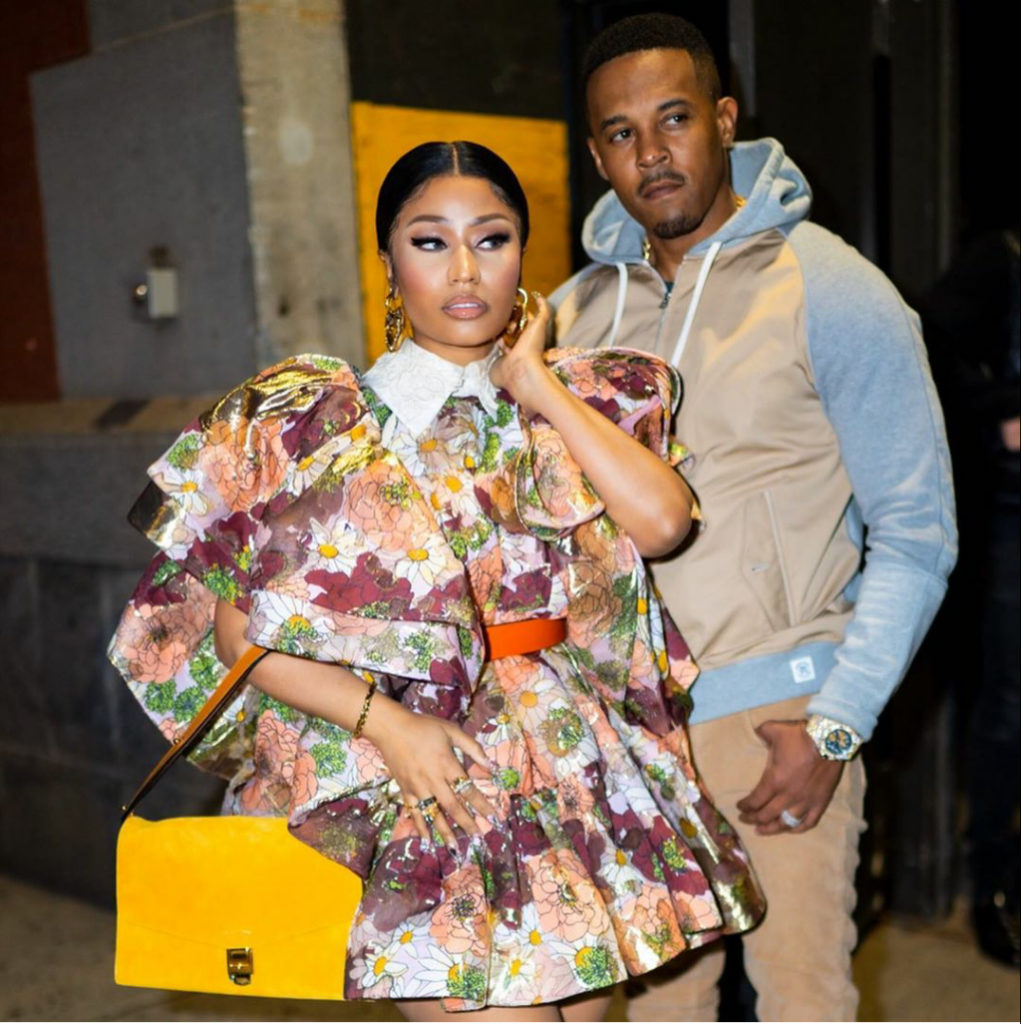 Minaj and her husband have been known for fueling pregnancy rumours since 2019. Niki tweted ‘who’s ready for midnight’ in promotion of her single ‘megatron’. She accompanied the tweet with a video of husband Kenneth Petty rubbing her stomach. She also announced a pregnancy during her Queen radio show in 2019.

It seems there’s no telling whether Niki Minaj Pregnancy is serious or not until she actually has her bundle of joy and chooses to share the news.