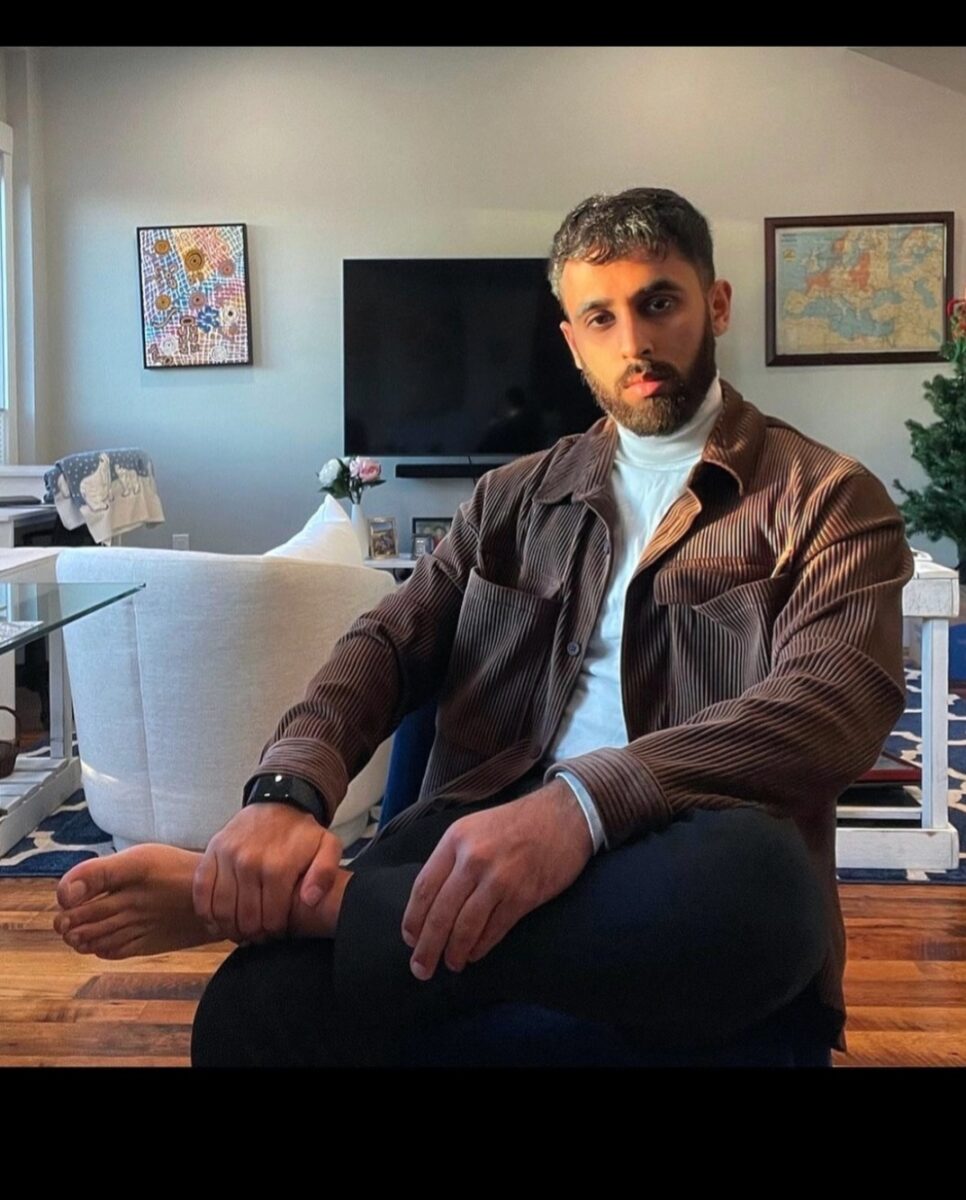 Merali gained popularity through his consistent love island commentary over the past years. He steadily developed a following and reputation for ‘spilling tea’. His attention to the issues surrounding black women’s struggles within love island and other spaces proved him to be an ally amongst POC.

However, revelations on Twitter may cast doubt on the character of Mr Merali.

In a sleuth of unearthed screenshots, videos and photos, it is alleged that Murad engages in race play. Whereby the use of racially derogatory language is used for s%xual gratification.

he had a reddit page whereby he calls and dehumanises black and asian men for his sexuaI pleasure pic.twitter.com/ruSgSEYwxF

In the past Murad has called out influencers and celebrities for racism and unsavoury activities. During 2021 love Island episode, white contestant Faye rested her legs on fellow contestant Teddy. Murad tweeted his shock at Fayes actions. 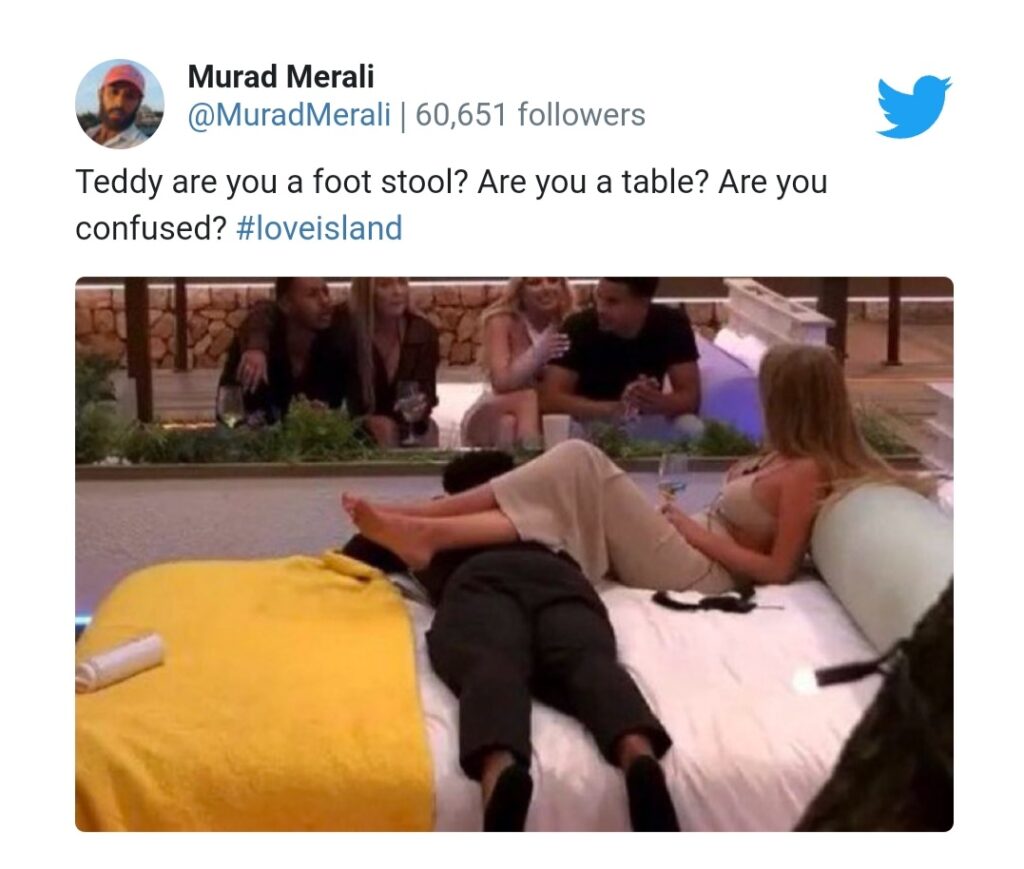 ‘Teddy are you a foot stool? Are you a table? Are you confused? #loveisland’

A stark contrast to the allegations surrounding his foot fetish.

Unsurprisingly these allegations have come as quite a shock to many.

nooo ew why’d I actually see that on the tl about murad merali again. its ruined my day. there’s nothing wrong with having a k*nk but why does the k*nk of choice have to be racist?

Me checking to see why Murad Merali is trending pic.twitter.com/houQAu12EY

Murad Merali was doing the most talking about how Jake was weird for his foot fettish, mf he was your customer 😭😭😭😭😭 #muradfeetaltions