Molly-Mae Hague has been criticised for ‘tone deaf’ comments about her success, after saying ‘we all have the same 24 hours in the day’.

The influencer has seen increasing popularity since appearing on love Island, and becoming the creative director of Pretty Little Thing. She is rumoured be worth around £2million.

However, Molly Mae has been branded ‘tone deaf’ online for her views on success and wealth.

She said the following on Diary of a CEO podcast:

‘You’re given one life and it’s down to you what you do with it,’. ‘You can literally go in any direction.

‘When I’ve spoken about that in the past, I have been slammed a little bit, with people saying, “It’s easy for you to say that, you’ve not grown in poverty, you’ve not grown up with major money struggles, so for you to sit there and say that we all have the same 24 hours in a day, it’s not correct.” 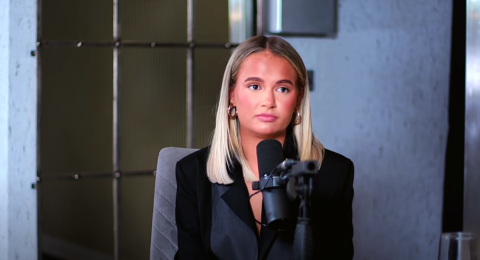 ‘And I’m like, but technically what I’m saying is correct. We do. So I understand that we all have different backgrounds and we’re all raised in different ways and we do have different financial situations, but I do think if you want something enough, you can achieve it.

Molly-Mae has received numerous brand deals and opportunities since appearing on reality dating show love Island. Many speculated whether the 22 year old would have become Plt creative director if not for her stint in love Island.

‘I will never understand why people love Molly Mae so much, shes just a high school bully who got a deal in the fast fashion industry’

I will never understand why people love Molly Mae so much, shes just a high school bully who got a deal in the fast fashion industry

“Technically what I’m saying is correct” Does Molly Mae think it’s the 24 hours in a day that we’re questioning?? 😭😭 Some people are so deluded in their own privilege pic.twitter.com/ojaIe4zq57

Molly Mae’s words are so ignorant and more impactful than she realises and it’s not just about expressing one’s views but dismissing difficulties many people have no control over.