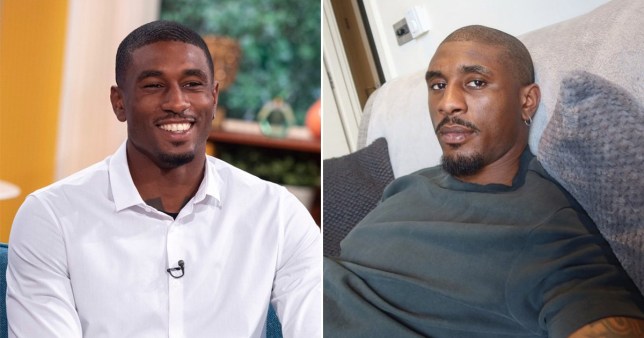 Love island Ovie has been talk of the town recently after debuting a new look. During lock down many are feeling stir crazy. It seems Ovie isn’t an exception, as he apperad on his instagram with a freshly shaved head. Many may know Ovie for his signature waves so seeing him with a buzz cut has been quite a shock. Twitter users flocked to the social media site to express their thoughts on his Barnet.

One unimpressed woman tweeted: ‘This pandemic is teaching me and my homegirls that we should all start to ask man for pictures of them bald and beardless before committing to anything long term. That picture of Ovie was the last straw’

‘the whole head shape has transformed. But Ovie deserves better than this.’

One insightful tweet said: ‘Even the mighty Samson lost his power when his hair was taken… Ovie is no different 😔’

Even Love island 2019 winner Amber Gill had strong thoughts on the hair do.

for people who don’t know tiktok and didn’t understand my tweet how ya doing today Ovie? https://t.co/f8qe9sf6Av

Some we’re more forgiving and offerd their support.

‘Ovie you look beautiful babes, don’t listen to anyone’ said one twitter user.

One man tweeted: ‘See how women can turn on you, ovie shaved his head now their attacking him, damn son’

Another tweeter user took the opportunity to remind others to be kind:

Meanwhile Ovie uploaded a video seemingly referencing the back lash. He captioned the video’ I heard sunlight helps the hair grow’

Hopefully the video is a sign he took the comments made in good humour. Remember folks, Hair grows!