There’s no denying that Jenner’s face has changed since we were first introduced to her on Keeping Up With The Kardashians. However, Kendall was just 13-years-old when she made her TV debut, and it’s not surprising to consider whether her eyes and face have just changed with age over the past decade.

26 year old Kendall Jenner as confused fans with her newlook. The supermodel stunned fans after sharing pictures of herself at the super bowl. Kendal has even vocal about her objections to Cosmetic procedures.

In a clip from Keeping Up With The Kardashians, Kendall is seen criticising her sister Kylie after she got lip injections, claiming they are ‘too big’ and ‘nobody needs anything’ to make themselves look better.

After she was pictured at the Super Bowl on Sunday, Kendall’s fans have begged her to return to her natural looks. 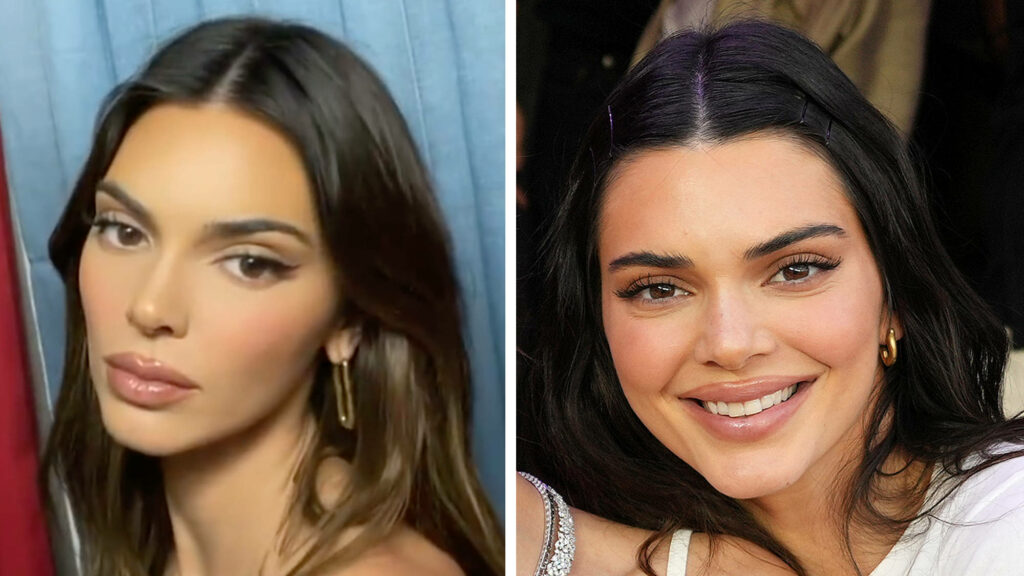 “She’s been looking different lately, too much filler? She’s naturally stunning. She really needs to stop now,” one fan tweeted.

“I thought thinner lips really suited her and now it’s hard to tell her apart from Kylie,” another echoed.

In the past Kendall also argued since she was already a working model, Getting surgery wouldn’t exactly benefit her. “As a model, why would I have my face reconstructed?” Kendall added. “It doesn’t even make sense.”

While reviewing Jenner’s beauty transformation, it’s not hard to see why some are convinced. However, it could be a case of late blooming for the star, who’s been in the public eye since she was just a tween.

However her older sisters have been more open with procedures they’ve had. Khloe has admitted to a nose job in the past. She also confirmed the use of botox. Furthermore Kourtney has confirmed breast augmentation whilst in college. Oldest sister Kim famously denied having a bum implants/lift, and actually filled her bum x-ray to put rumours to bed. However Many are unconvinced her ever changing booty is au natural.