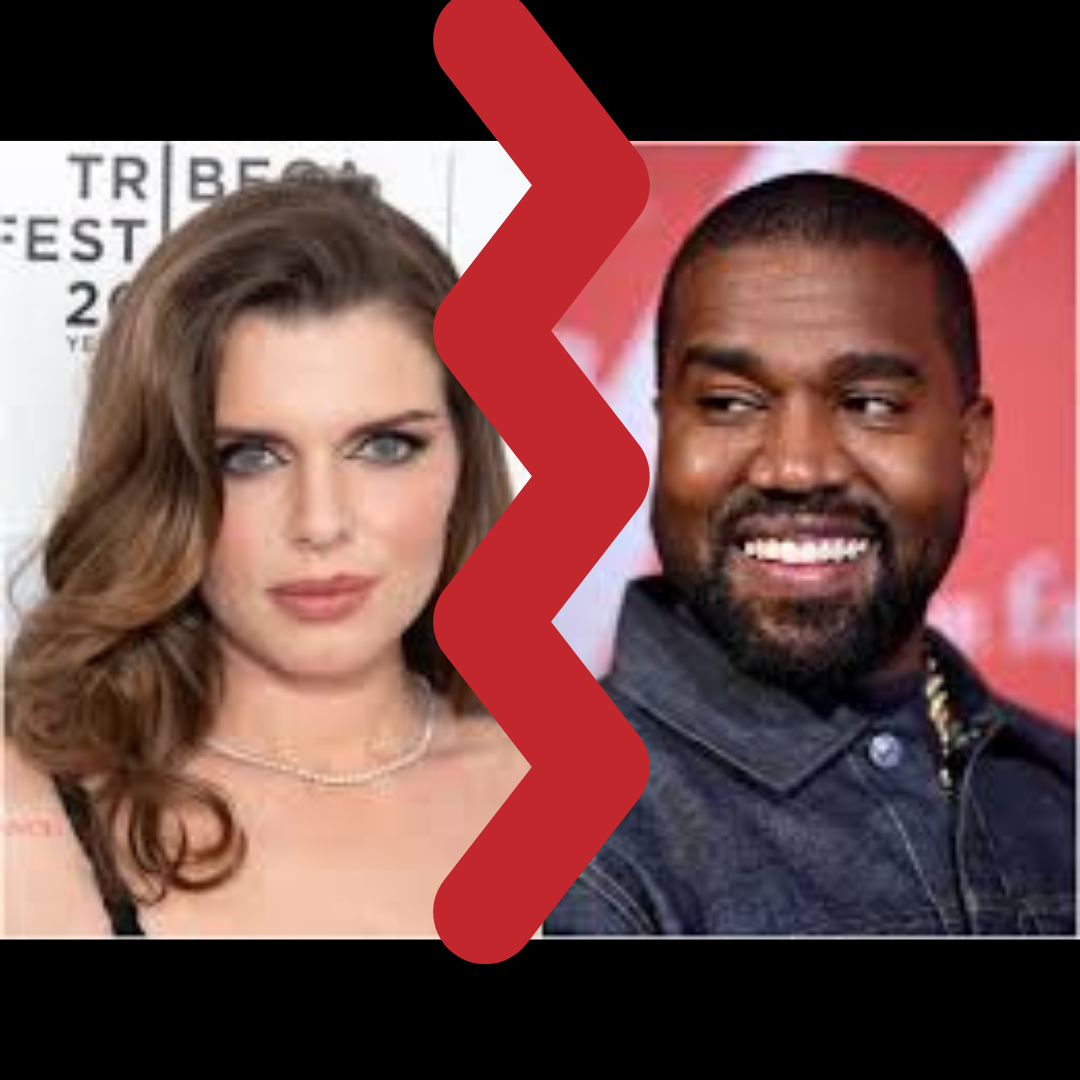 Seems like trouble in paradise for the two, who met during New Years’ celebrations in Miami. Their reunion quickly escalated as they were seen love bombing about town. Their public displays of affection became increasingly flamboyant, until crashing to a holt. The couple have not been seen in public for well over a week now after celebrating Julia’s birthday in early February.

Eagle eyed fans were quick to notice Uncut Gems star Julia liked one of Kim Kardashian’s posts on Instagram over the weekend. However, she then appeared to have unliked it. This comes after Kanye began obsessively Instagramming insults at Kim’s new boyfriend Pete Davidson. He has also been seen with s Kim K lookalike, after begging for god to bring their family back together.

A source told People: ‘Kanye and Julia both have separate busy lives. Julia lives in New York City and Kanye has been in Los Angeles. The distance makes it hard. ‘They are still in touch and will see each other when they can. Kanye really likes her. It’s fair to say that they have cooled off a bit, though.’

Only days ago Julia dispelled rumours of a breakup, when fans noticed she had removed pics of Kanye from her Instagram. She said in a video: ‘Guys, relax. ‘I unfollowed the fan accounts because I was tired of seeing myself, okay? Suddenly Instagram was not a fun place anymore.

‘And I took the f***ing photos down because I read the comments and everyone was like, “Oh my God, you clearly only posted photos where you looked good in….”‘.

If Kanye’s latest antics are anything to go by, the pair could well be back together any day.