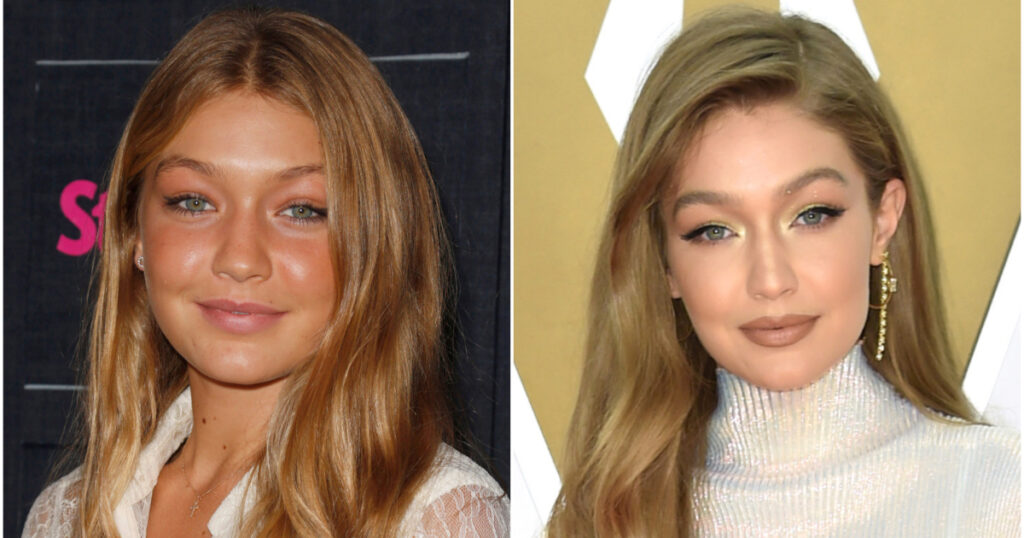 Gigi, who shares 1-year-old daughter Khai with singer Zayn Malik, has opened up about plastic surgery in the past.

The 26-year-old once told Vogue magazine: “When I look back on my first red carpets when I didn’t have makeup artists I would obviously do my own makeup.

“Now it’s like, people pull up those pictures and are like, ‘Oh, Gigi’s nose looks different in these pictures than now.'”

The mom of one continued: “… They’ll talk about something with my face. Like, ‘This has changed on Gigi.’ It’s really like, that’s the power of makeup. “Like, I’ve never done anything to my face.”

“People think I do fillers on my face and that’s why my face is round. I have had cheeks since I was born,” she said during a previous Instagram Live.

Gigi added: “No, for those wondering, I’ve never injected anything into my face. I am so happy for everyone to do whatever they want that makes them happy and makes them feel more comfortable and good about themselves.

“Me personally, it terrifies me. I feel I’m too much of a control freak. I’m like, ‘What if it goes wrong?'”

In the past Gigi’s mother Yolanda has faced backlash at how she reacts to her daughters image in the past. On an episode of Real housewives on Beverly Hills, Which Yolanda starred in for a few seasons, She ridicules Gigi’s volley ball hobby.

‘Volleyball is a very masculine sport. Modeming a very feminine thing,’ Yolanda told the then-17-year-old while preparing dinner for her family in a season three episode, which aired in 2012. 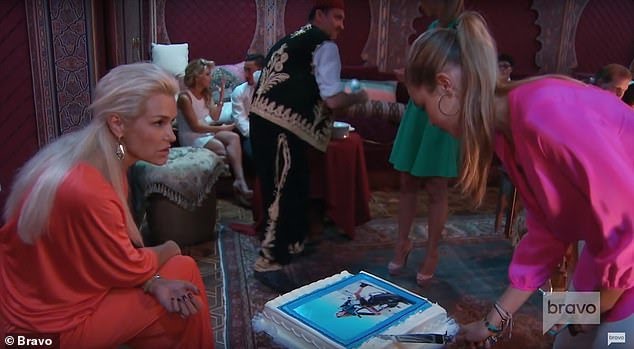 She also told the camera, ‘She’s gotta start building her career and that means sometimes we have to give up the things that we love to do.

‘These girls they train four hours a day after school so their bodies are big and bulky. I mean, they eat like men. I wanted her to develop as a woman.’

In another scene from season four of the show, Yolanda and Gigi were on set at one of her photo shoots.

The teen was getting ready to celebrate her birthday, and shared her excitement about breaking her diet.

‘I am so excited for the food,’ she told her mom. ‘Pretty much all of the food that we are eating is a like heart attack in a meal. But it’s going to be so good.’

To which Yolanda responds:

‘You can have one night of being bad,’ Yolanda responded. ‘Then you gotta get back on your diet. Because, you know, in Paris and Milan they like the girls just a tad on the skinny side.’

In other news Gigis sister Bella has revelled she had undergone rhinoplasty as a teenager.

However Bella insisted to Vogue in the new interview that the rhinoplasty was the only procedure she’s had gotten.

‘People think I fully… with my face because of one picture of me as a teenager looking puffy,’ she said.

‘I’m pretty sure you don’t look the same now as you did at 13, right? I have never used filler.

‘Let’s just put an end to that. I have no issue with it, but it’s not for me. Whoever thinks I’ve gotten my eyes lifted or whatever it’s called – it’s face tape! The oldest trick in the book.’ 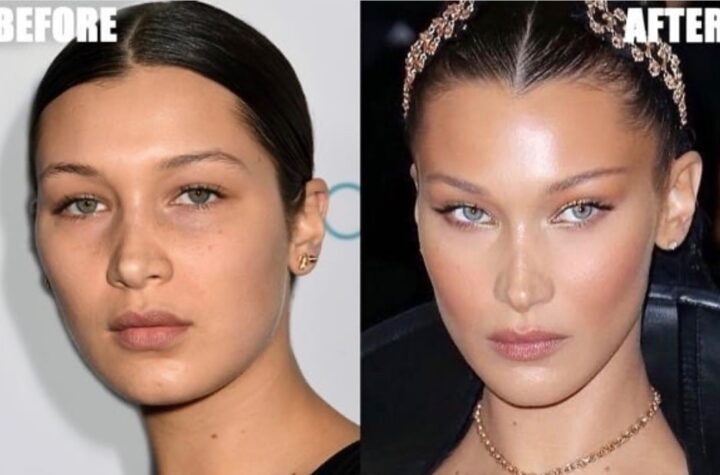