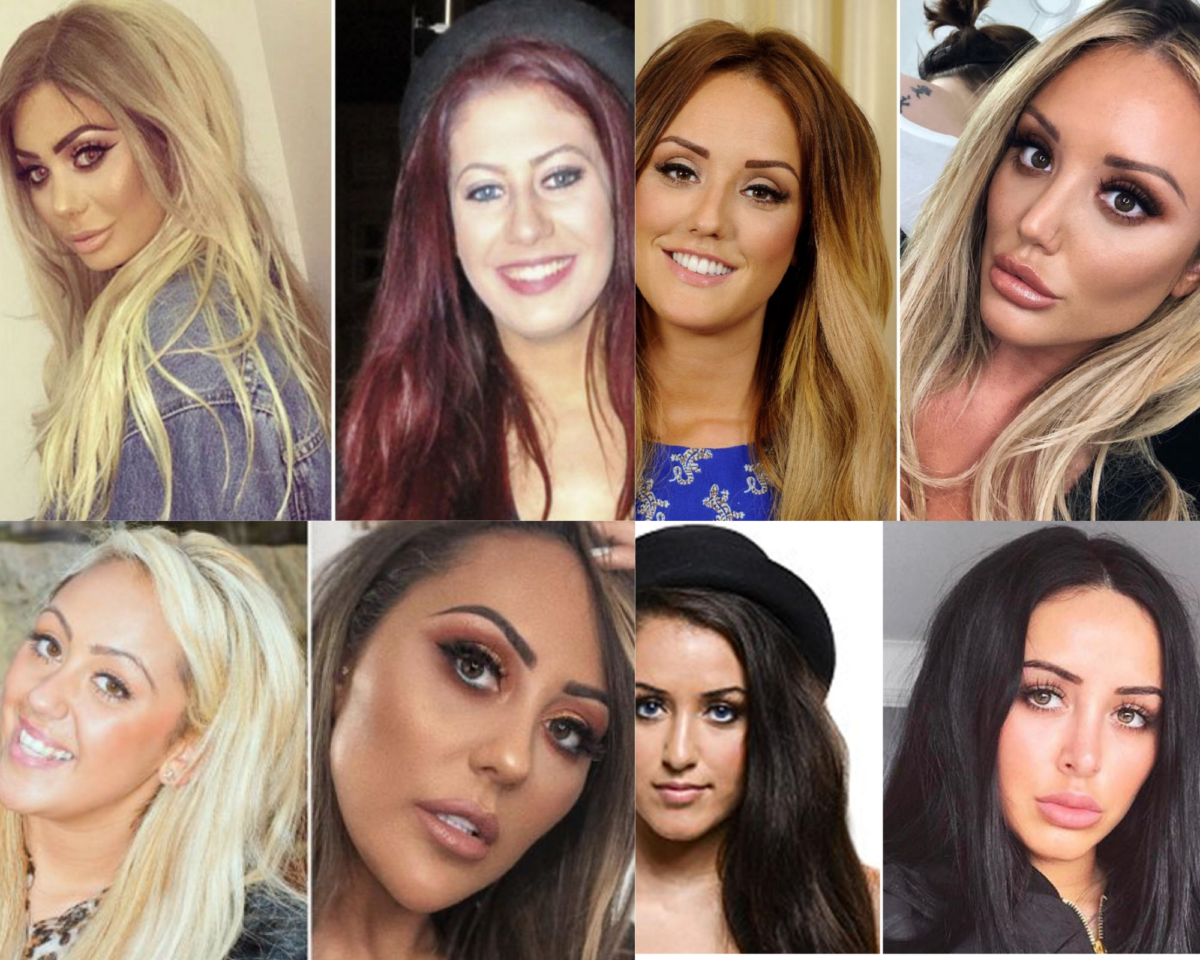 Check out these amazing transformations from some of the well known Geordie Shore cast. 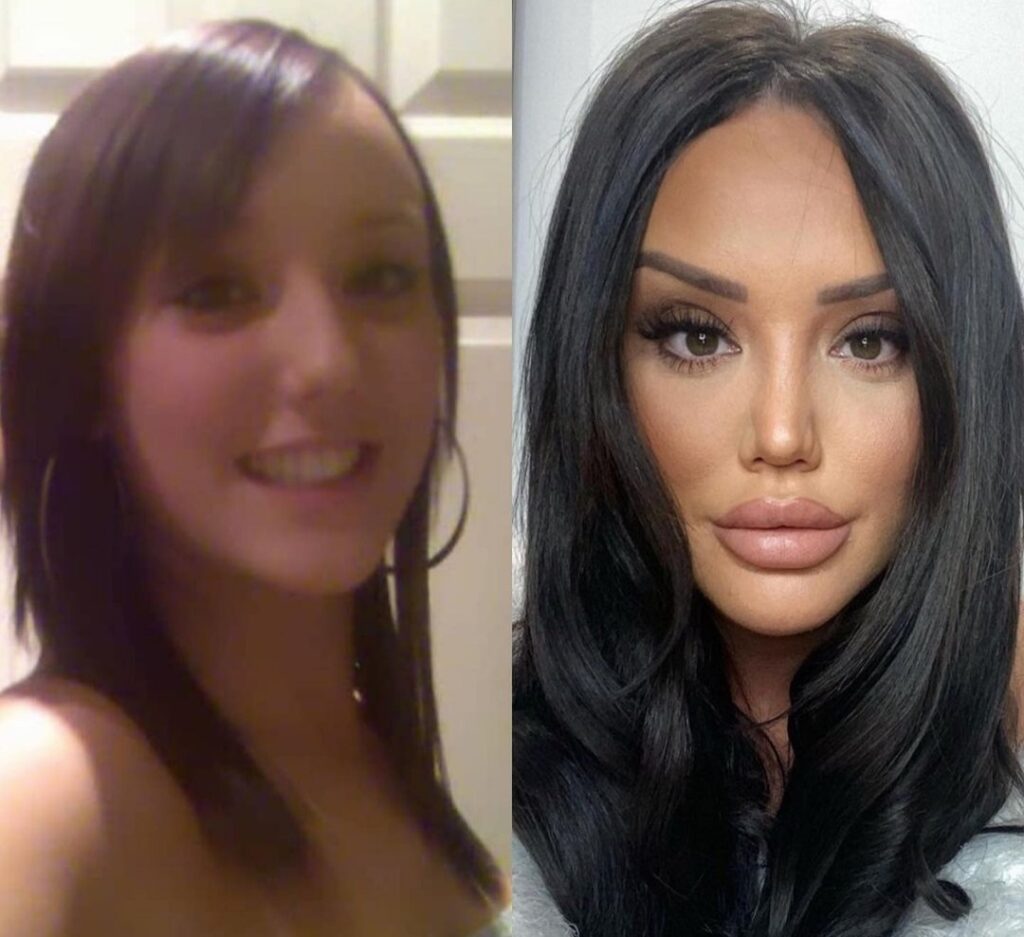 “No-one ever noticed my nose, I never got one comment in my whole entire life saying you’ve got a bad nose. But I wasn’t happy with it, I got it done for me.

Charlotte went under the knife again in late 2017 for her first boob job, boosting her bra size from a respectable 34D to her current whoppers 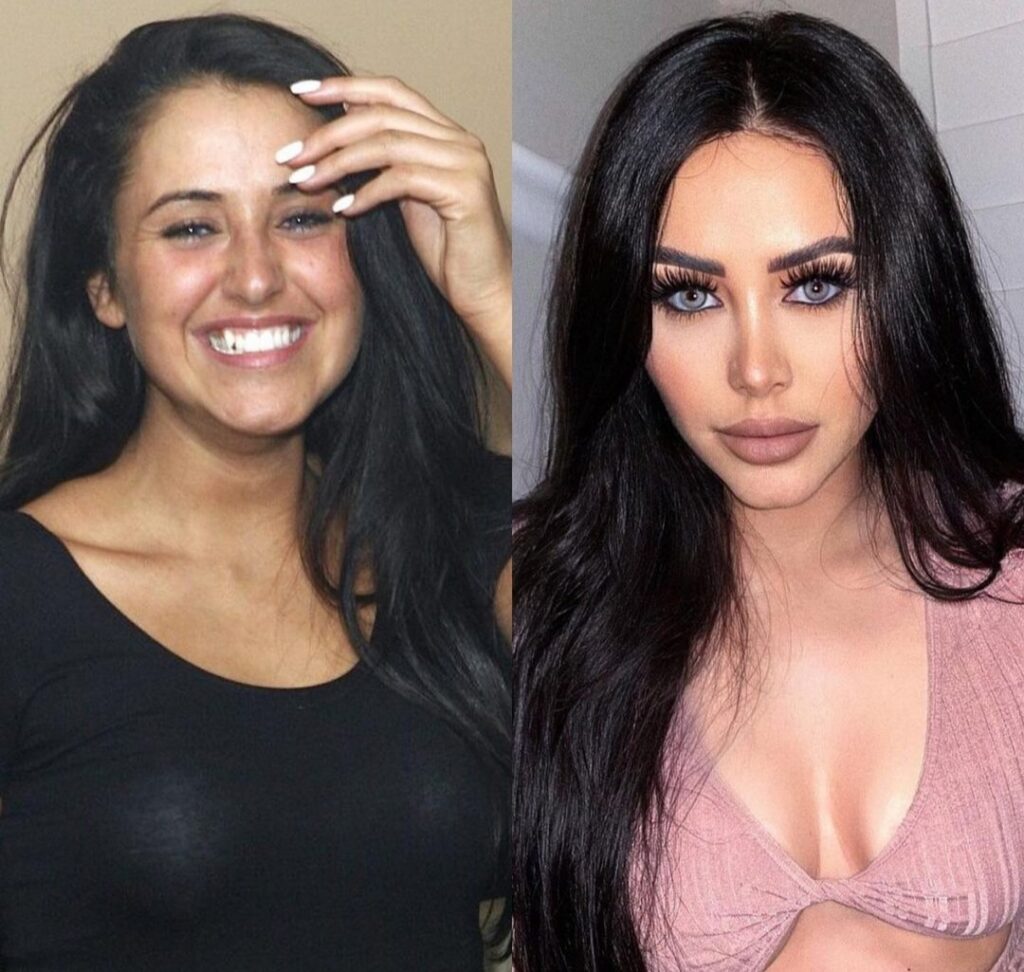 In 2014 Marnie got her first nose job after filming season 9 of Geordie Shore. She then went in for a second after her split with TOWIE star Ricky Rayment, who was her fiancé. This second one was to get rid of a slight bump on her nose.

Last year she had a third rhinoplasty. She told fans on her Instagram page that this was to fix her ‘confidence’ issues.

“I’ve absolutely not had any implants put in at all, I just had my boobs lifted and levelled so they both sit at the same size. The second reason is that the first time in my life I’ve been able to afford the costs.” unfortunately the surgery resulted on Marnie featuring on TV show ‘botched bodies’.

Speaking to Closer magazine the star said:”I was 21 when I first got fillers and I got them because everyone else was getting them.”

“I had fillers put in my lips and cheeks, I had different types of filler put in my face and went to lots of different practitioners. Before I knew it, I looked completely different. But I thought I looked great and it became addictive.” 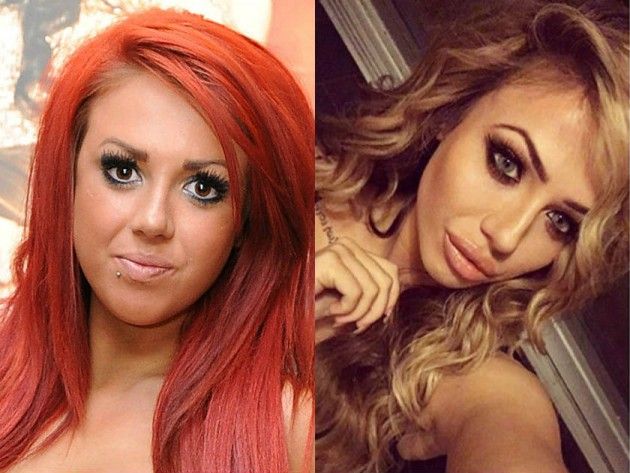 Holly first appeared on Geordie Shore as an original cast member in 2011. Back then she was 19.

“Throughout the early years of GShore I was always told I wasn’t a “worldie”. It sticks in my head the boys constantly looking out for “worldie” girls. They would describe them and they’d be the opposite to me,” she said.

“Having surgery doesn’t change your lifestyle or your diet or exercise routine. If all of those factors stay the same, the majority of people will end up looking worse than before.” 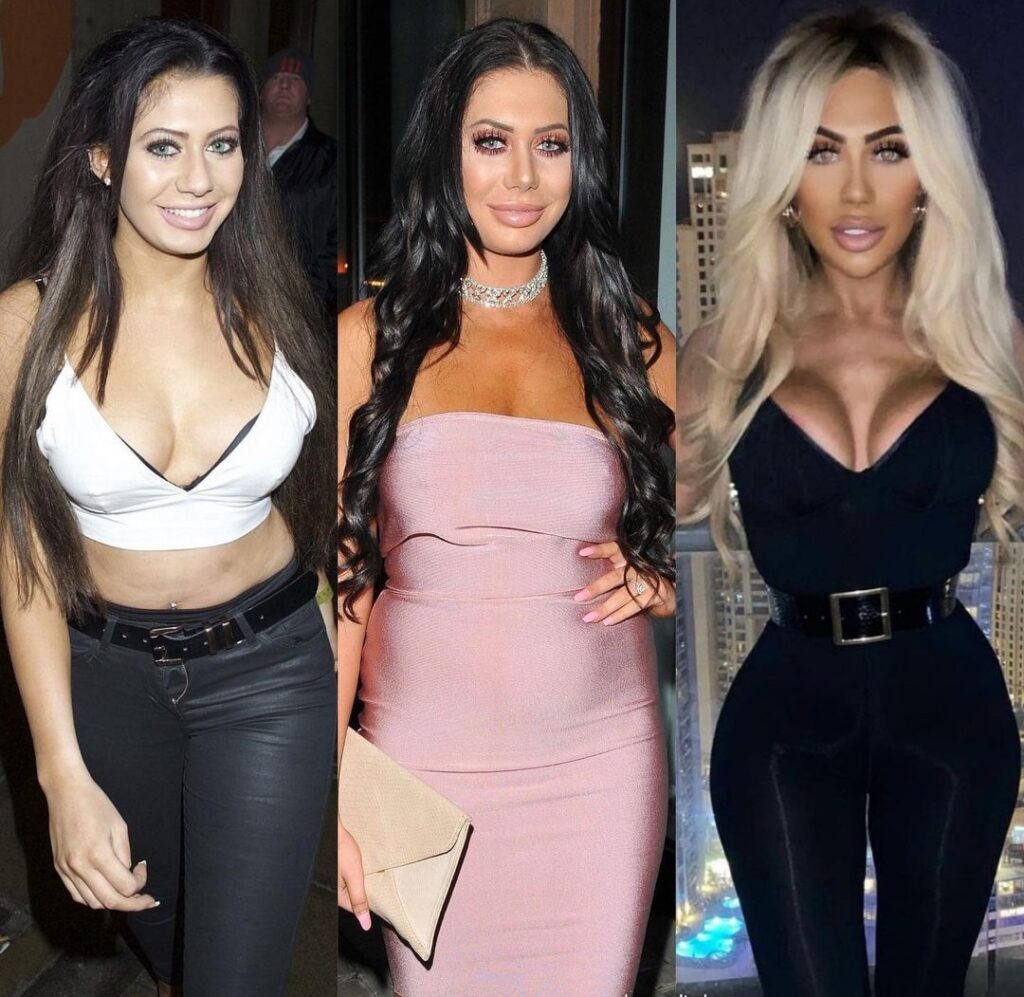 first joined Geordie Shore in November 2014 for the start of season 10.

“I love surgery and I’ll never stop. I want my face to be like, ‘woah’.

“My attitude to surgery is that if you want to have something done, you should get it. Surgery boosts my confidence and I think I’m addicted now. If you looked at me compared to when I started Geordie Shore there’s a huge difference.”

Chloe had her first nose job in May 2016 to correct the tip of her nose but later admitted she wasn’t happy with the results and “can’t really breath out of my nose”.

She added, “I hate my nose. It’s just too small, my nostrils need to be widened.”

Two years later, the Geordie Shore star unveiled the results of a second procedure on her nose.

fillers injected into her cheeks and chin to make her jaw. Lip fillers are also used by her to achieve her full pout.

Chloe admitted to having a breast augmentation in 2017 after trolls claimed she had “saggy boobs”.

Chloe travelled to Marbella with then-boyfriend Sam Gowland in 2018 to have liposuction on her stomach. The fat was then injected in to her bum in order to give her a Kardashian-esque bottom. 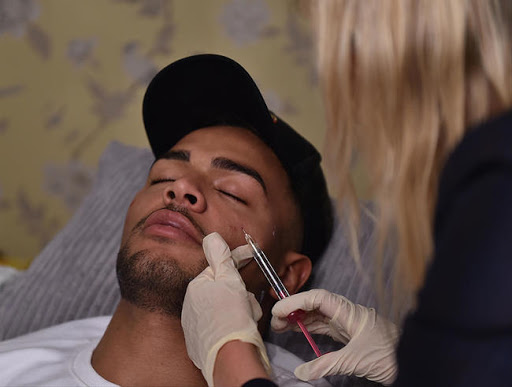 “Thank you @jsmithaesthetics for coming through again and chiselling my face.

“And before you self entitled keyboard warriors come forward; I chose to do this because I, ME yes me, because it’s my face and my body, didn’t like how round my Malteser head was.