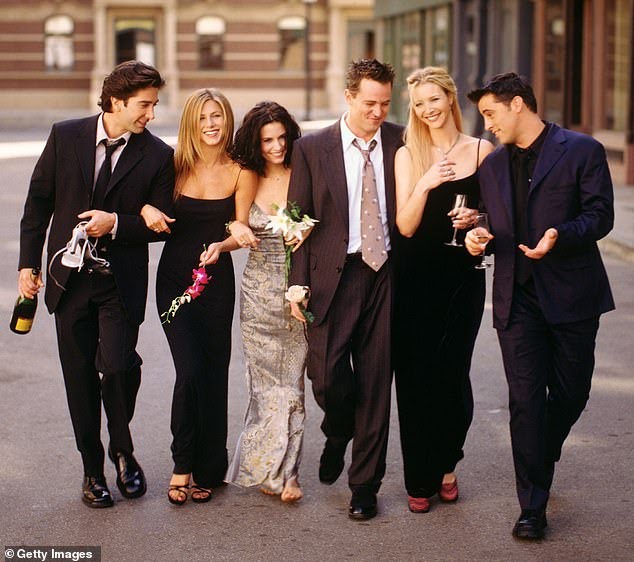 Friends was the most successful sitcom of the 21st century. Since its final episode 16 years ago it has consistently gained new viewers. David Schwimmer (Ross Geller), Jennifer Aniston (Rachel Green), Courteney Cox (Monica Geller), Lisa Kudrow (Phoebe Buffay) and Matthew Perry (Chandler Bing) shared a reunion is imminent. They each captioned the save photo “It’s happening”. 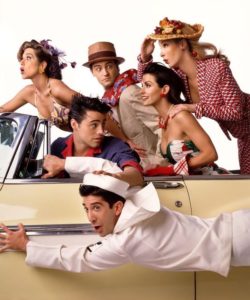 Although it wont be a new scripted episode, it will be great to see the gang back together. The reunion is set to earn the cast a alleged 2.5 million each. Aniston, Cox, Kudrow, LeBlanc, Perry, and Schwimmer are also executive producing the special.

Matthew Perry hinted at the news last week even he tweeted: : ‘Big news coming…’. However David Shhwimmer was more right liped, last week when asked of a possible reunion he replied: ‘I really wish I could confirm or deny, There’s nothing official to report,’. 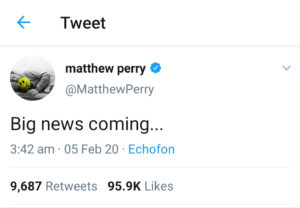 The series sired between 1994 to 2004. And thanks to syndication has remained relevant throughout the years.

Levin Reilly, chief content officer at HBO Max said: “Guess you could call this the one where they all got back together — we are reuniting with David, Jennifer, Courteney, Matt, Lisa, and Matthew for an HBO Max special that will be programmed alongside the entire Friends library.” 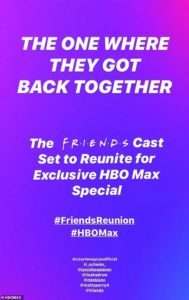 “I became aware of Friends when it was in the very early stages of development, and then had the opportunity to work on the series many years later. And have delighted in seeing it catch on with viewers generation after generation.”

“It taps into an era when friends and audiences gathered together in real time. And we think this reunion special will capture that spirit, uniting original and new fans.” 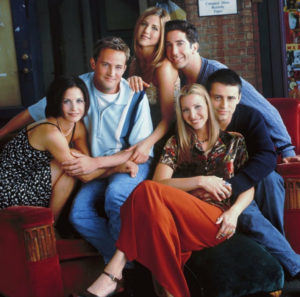 No news yet on when the reunion will take place, or when it will air. However we are excited to hear what the future holds for the friends franchise.