Ezra Miller twitter talking Thursday night after they appeared to threaten members of a Ku Klux Klan chapter in North Carolina in a ominous video shared to Instagram. They said in the video:

‘Look, if y’all want to die, I suggest just killing yourselves with your own guns. OK?’ said Ezra 29-year-old actor, who uses pronouns they/them. The flash star, delivered their message while seated in a vehicle.

Ezra continued: ‘Otherwise, keep doing exactly what you’re doing right now — and you know what I am talking about — then, you know, we’ll do it for you, if that’s really what you want. Talk to you soon, OK. Bye.’ 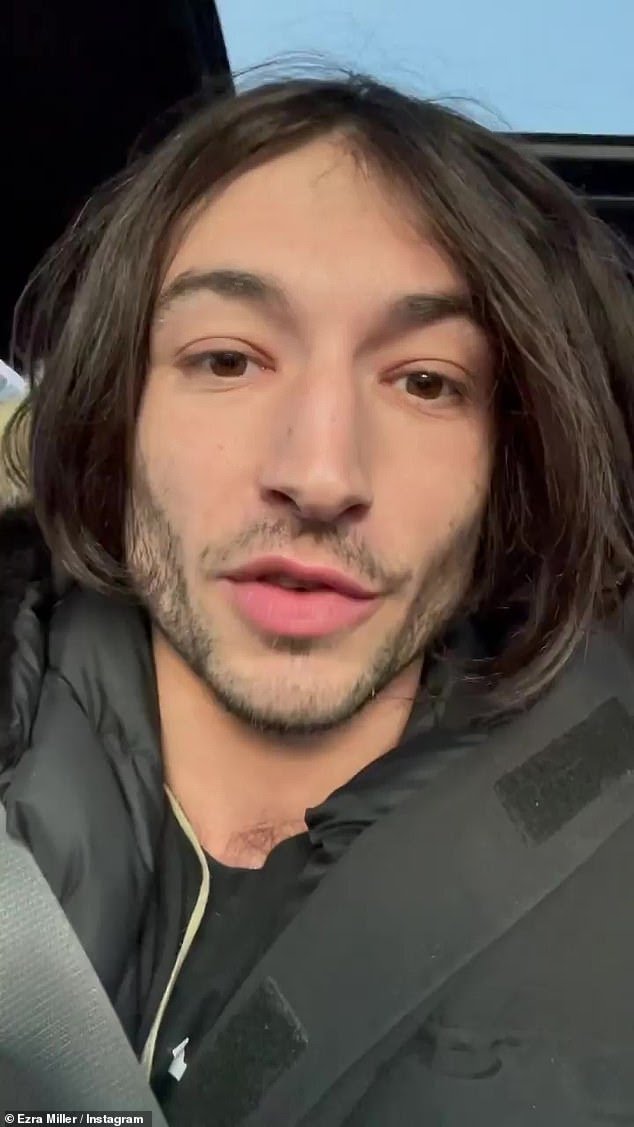 The Ku Klux Klan is an American racist terrorist and hate group. They rule on the grounds of white supremacy and primarily target minorities.

They continued their message in the caption of their Instagram post by stressing that it’s ‘not a joke’ and that their followers should share the video with those who may need to see it.

‘Please disseminate (gross!) this video to all those whom it may concern. This is not a joke and even though I do recognize myself to be a clown please trust me and take this seriously,’ they wrote.

‘Ezra Miller calling out a specific chapter of the kkk and telling them to kill themselves or they’ll get killed is now the gold standard for celebrity activism. I’m so in love with them.’

Ezra Miller telling the KKK to kill themselves is quite possibly the funniest and most gangster shit I've seen in a minute https://t.co/g7BKs0F7qT

‘Ezra Miller telling the KKK to kill themselves is quite possibly the funniest and most gangster shit I’ve seen in a minute.’

Miller specifically called out the ‘Beulaville chapter of the North Carolina KKK’ as the intended target of the message.

Ezra didn’t provide any context for wat was said, making the video even more bizarre.

They reprise their role as DC superhero Tge Flash in a standalone The Flash film, November 4th.