Addressing the arrest on the Hawaii Police Department Facebook page, the cops wrote: ‘Shortly after midnight on Monday, March 28, 2022. A 29-year-old visiting from Vermont was arrested and charged for disorderly conduct and harassment, after an incident at a bar in Hilo.

‘On Sunday, March 27, at 11:30 p.m South Hilo patrol officers responded to a report of disorderly patron at a bar on Silva Street. During the course of their investigation, police determined that the [person], later identified as Ezra Miller. Became agitated while patrons at the bar began singing karaoke.

Reports claim Miller ‘began yelling obscenities and at one point grabbed the microphone from a 23-year-old woman singing karaoke. And later lunged at a 32-year-old man playing darts.’ 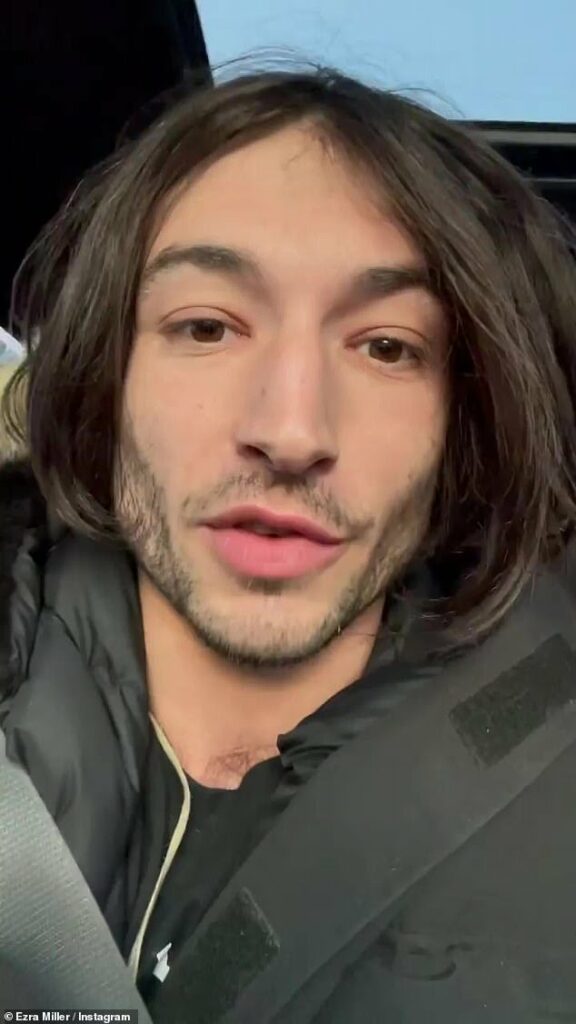 Ezra also made headlines this past January, when they posted a video on Instagram. However it was later deleted. Where they threatened members of the Ku Klux Klan operating in Beulaville, North Carolina.

In a ominous video shared to Instagram. They said in the video:

‘Look, if y’all want to die, I suggest just killing yourselves with your own guns. OK?’ said Ezra 29-year-old actor, who uses pronouns they/them. The flash star, delivered their message while seated in a vehicle.

Ezra continued: ‘Otherwise, keep doing exactly what you’re doing right now — and you know what I am talking about — then, you know, we’ll do it for you, if that’s really what you want. Talk to you soon, OK. Bye.’

They continued their message in the caption of their Instagram post by stressing that it’s ‘not a joke’ and that their followers should share the video with those who may need to see it.

‘Please disseminate (gross!) this video to all those whom it may concern. This is not a joke and even though I do recognize myself to be a clown please trust me and take this seriously,’ they wrote.

Ezra is slated to star in stand alone super hero flick ‘The Flash’. However the film has been plagued with set backs.