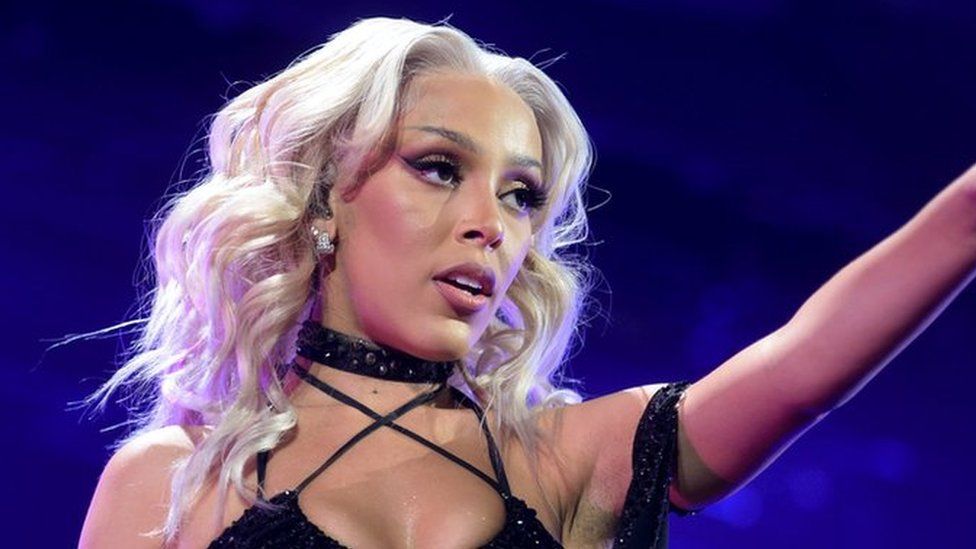 Rappe Doja Cat has responded to YouTube Lorry Hill, who claimed in a video online that the kiss me more singer has gotten plastic surgery. In addition, the YouTuber also took aim at Megan Thee Stallion in a separate video.

Upon hearing of the video, Doja took to Instagram live to tell her fans exactly what she thought of Lorry Hills video and the allegations she made.

“And I’ll tell you something. You sit in your f**king chair and talk about this girl and that girl and this girl got this and that done. B*tch, look at you. You got work to do right now. And I won’t say more”. She added.

Furthermore, Doja continued to address Hill adding that she’s doing nothing but giving her free attention. “You’re welcome. You’re welcome for the clout”.

After the live stream went viral on social media, Hill took down the YouTube video, later posting a statement on her story saying: 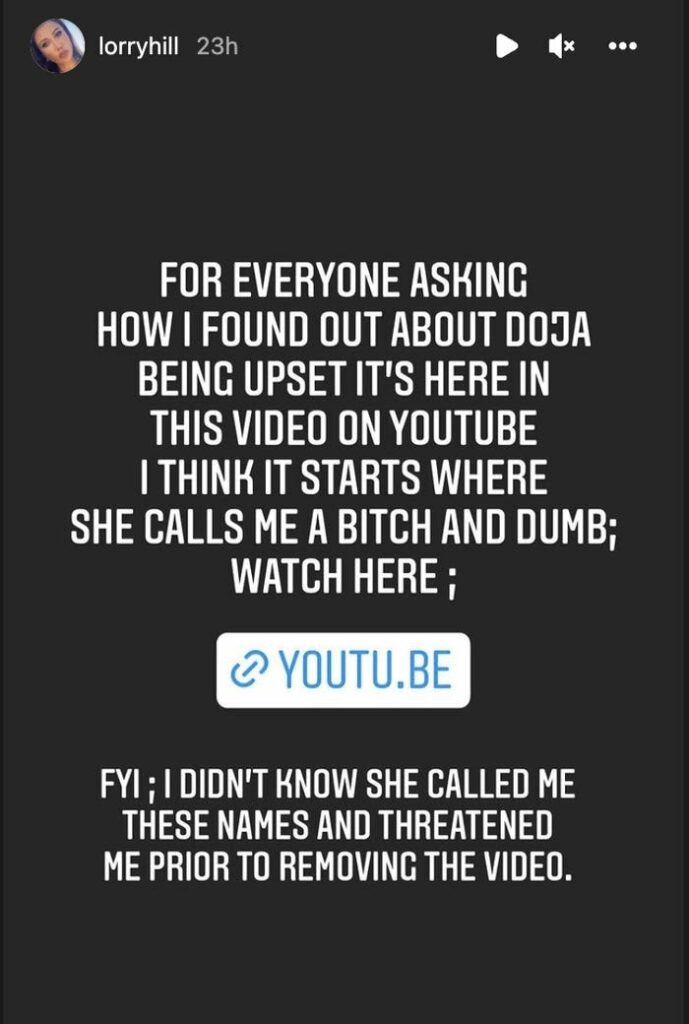 “Hey everyone, the Doja Cat video was removed from my YouTube after Doja expressed feeling hurt by it. It is to her credit that she never asked me to remove it (and didn’t have to). It’s never my intention to hurt celebrities by my videos”.

“It was brought to my attention that Doja Cat has seen my video where I shared my opinion on possible procedures she may have had,” she wrote. “She expressed that she felt hurt by the video and since it is never my intention to hurt anyone I have taken the video down without hesitation.”