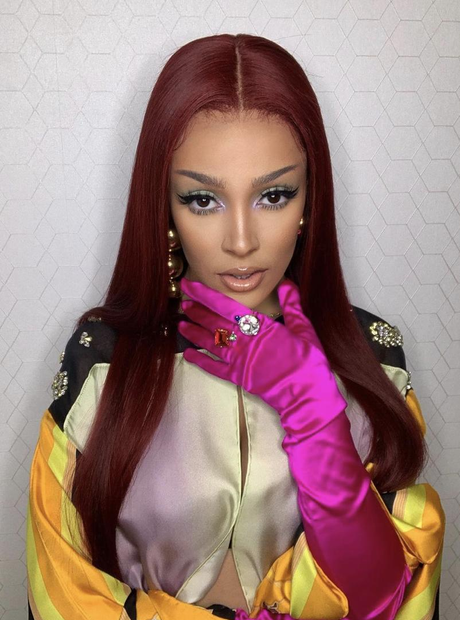 Doja m recently revealed a new look – in the form of a shaved head.

She took to Instagram live and declared that she ‘never liked’ having hair. And said she was ‘obsessed’ with her new look.

Doja also shaved her eyebrows off live on Instagram. She later went back on video to respond to fans.

She spoke about how she dislikes comments asking if she was ‘ok queen’ after she revealed her new look.

“I’m rich, I’m fine,” she said. “Just the whole ‘are you ok queen?’ shit makes me want to rip my…I guess the hair that I have left out. And that would be my pubics.”

In another section, she said, “It’s funny to me that people are in any way shocked or taken aback by me being bald.”

The ‘kiss me’ singer also recalled that she would feel “so f**king exhausted when working out”. And that wigs would start sliding and peeling when she undertook “incredibly strenuous” exercise.

“I just do not like to have hair,” said the singer during the Instagram live. She expressed her frustration at the continuous upkeep required by wearing wigs, especially when she was working out.

“I’d be working out, but I couldn’t focus because I was more concerned with how I looked and how my hair was doing,” she explained. “There were times when I’d put a beanie on top of my wig, that’s on top of a wig cap, that’s on top of braids.”

Back in 2020, an Instagram live recording resurfaced of the rapper bashing her kinky textured hair.

“4C can suck my a**,” she ranted in the video. “4C can bend over and lick my a**.” Blaming God for giving her the hair texture, she added, “Jesus Christ…why even God was making this 4C hair.” 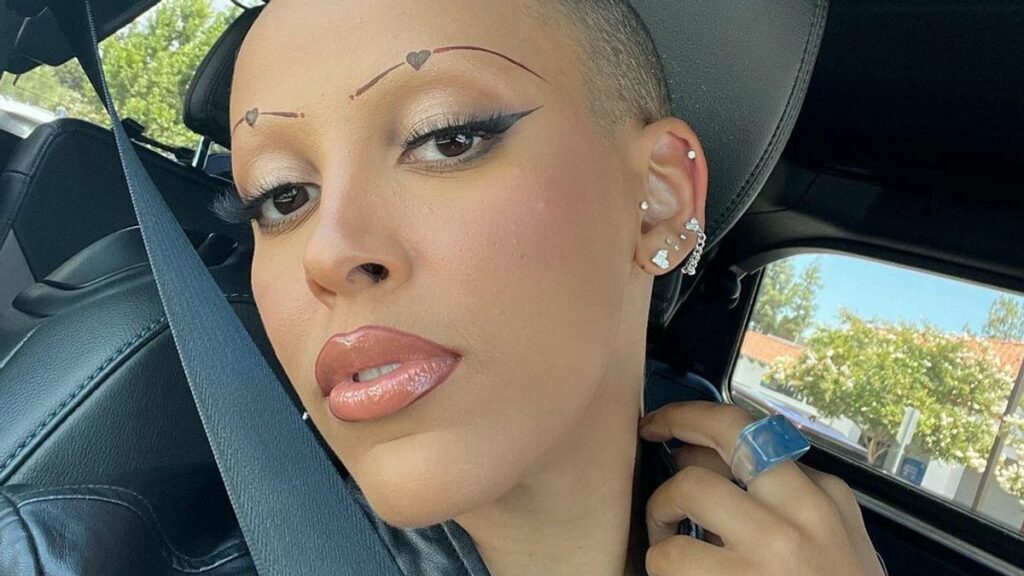 Doja is now rocking the shaved head and eyebrows look.

She recently posted a picture with drawn-on eyebrows with a heart in between the two lines.

Doja Cat explained the meaning of her stage name  in 2019.

“I smoked a lot of weed when I was like sixteen when I started making music, and I thought the Doja – cos Doja is another word for weed – I thought it sounded cute, like a girl’s name,” she said, “And then I just put cat cos I like cats”.

Cat’s father is legendary South African actor Dumisani Dlamini. She has previously said she’s never met her father during a chat with actress Whoopi Goldberg, who starred in the movie ‘Sarafina’ alongside Dlamini. In an earlier interview, Doja spoke about her estrangement from her father. “I have never [met him], and he’s on Instagram,” she said, “He’s an incredible dancer and great actor, but yeah, I don’t know him very well.”