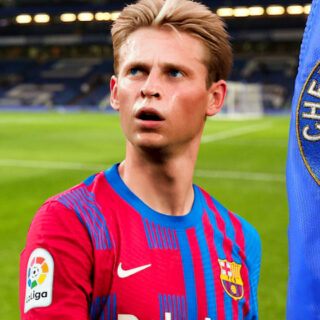 Chelsea have reportedly won the race to sign Frenkie de Jong with the club close to agreeing a £67.6million deal with Barcelona.

Barcelona have brought in the likes of Raphinha, Jules Kounde and Robert Lewandowski for big money as they look to rebuild the team – and the £60M they could receive from the sale of De Jong would go a long way.

Now – According to Sport, Chelsea and Barca are in advanced negotiations over a £67.6m transfer.

They state that the Blues only opened talks a few days ago to sign the Dutch midfielder, but they have acted quickly in trying to secure his services.

The news will come as a bitter blow to Man United who were desperate to sign De Jong.