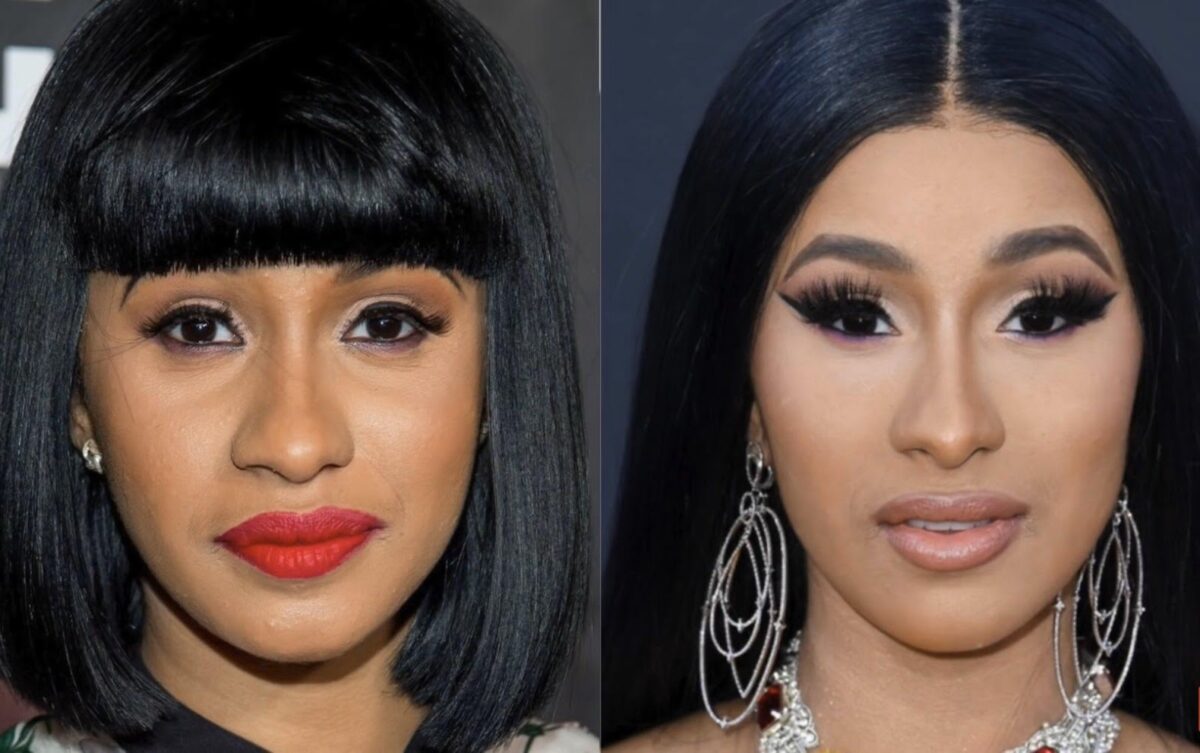 The rapper has recently responded to a IG troll who commented on her recent date night pictures with husband Offset by judging her nose saying “her face keeps changing”. The Bodak yellow hit maker responded in true Cardi fashion. “The nose was done in 2020 sweety it’s been 2 years and after 30 pounds added on my body due to pregnancy the nose finally settled and looked snatched”. She said

“Every week yall post the same comment is getting old and I post every week so please tell me when I have the time to recover from every new face y’all claim I have every 2 days… Is getting old… just say I look good and go” she continued. In 2021 The rapper defended herself against comments on her changing appearance on instagram live. 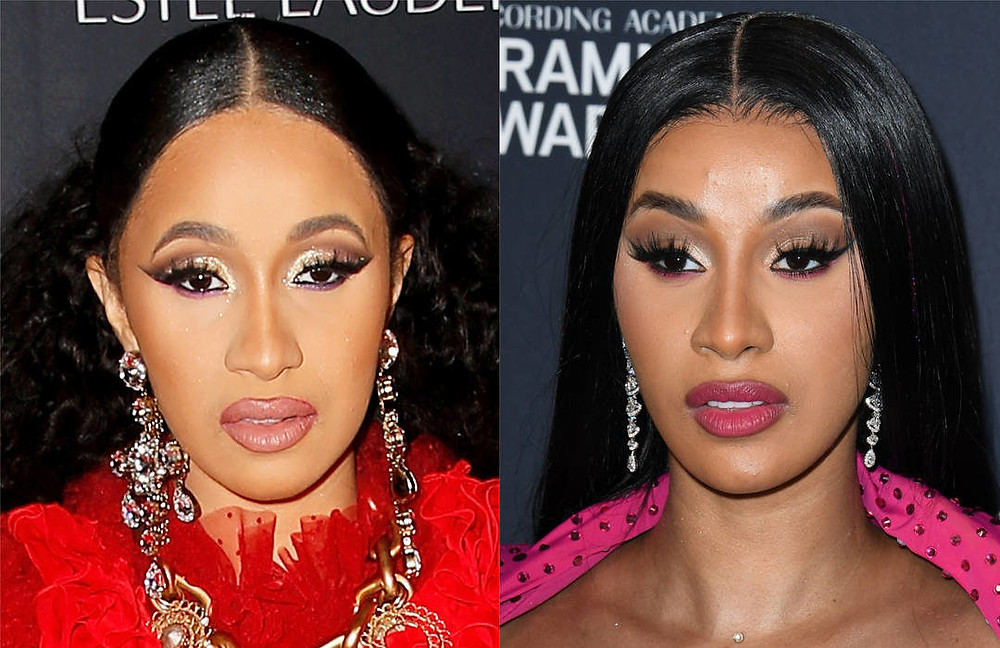 “Listen, I do whatever the f*ck I want to do with my body” she said, continuing:

“Let me tell you something, b*tch. I don’t have the time of day like you do. Like, my job as an entertainer is a 24-hour job, bro. So no, I don’t have time to work out and I wanted specific things that I know that no matter how much I work out – is not get fixed”. “Like my boobs, no matter how much I work out, they were not gonna lift themselves,” she continued. “So yeah, I had to get f*cking surgery.” Cardi added.

This isnt the first time Cardi has had to address Surgery rumours. Speaking to superstar Mariah Carey for interview magazine, Cardi shared her thoughts on why she had certain procedures.

“In the Bronx, it’s about being thick and having an ass, so young boys would be like, ‘Look at your flat ass. You ain’t got no titties.’ And it would make me feel so ugly and undeveloped,” she recalled.

“Even when I was 18 and became a dancer, I had enough money to afford to buy boobs, so every insecurity that I felt about my breasts was gone,” she continued. “When I was 20, I went to the urban strip club, and in the urban strip clubs, you had to have a big butt. So I felt insecure about that. It took me back to high school. So I got my ass done. And then I felt super confident.”

Side effects of cosmetic surgery 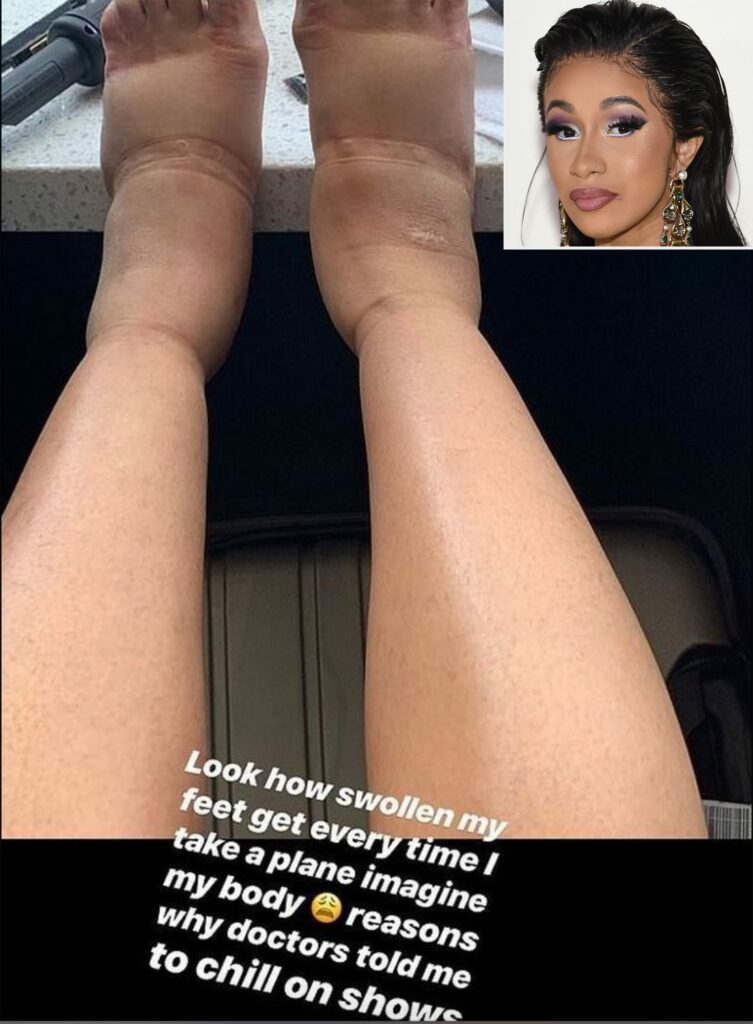 Cardi has spoken out on the side effects of her surgery. She posted to her twitter followers:

“I would show y’all a picture of my feet and my cankles when I swell up when I get on planes, but y’all gonna be making f*cking fun of me,”

“They don’t numb your a*s with anything,” she told GQ. “It was the craziest pain ever. I felt like I was gonna pass out. I felt a little dizzy. And it leaks for, like, five days.”

Cardi said, despite all that, she actually went back for a second round of injections. “But by the time I was gonna go get it, the lady got locked up ’cause she’s supposedly killed somebody. Well, somebody died on her table,” Cardi said.

Cardi also embraces her natural curves. In late 2021 after the birth of her second child the rapper shared several videos to her Instagram stories where she showed off her figure in shape-wear before revealing she has “loose skin” and a “pouchy pouch”

She said as she filmed herself: “People have been giving me amazing compliments on my body, I think its because right now, I got some amazing hips due to my amazing son.

“You know when you’re baby so low, your hips spread.” she said of carrying her baby boy who was born on September 4.

“You cannot do surgery after you give birth. Especially me, I lost so much blood guys. One day I’m gonna tell you guys about my crazy a** delivery.” Cardi then said she poses to look “snatched” before she turned to the side to show off her rounded belly. “I’m really like this guys. My skin is still loose and I still have a little pouchy pouch right here.”

Gigi Hadid Before and After – Cosmetics Or Genetics? – BuzzPopDaily