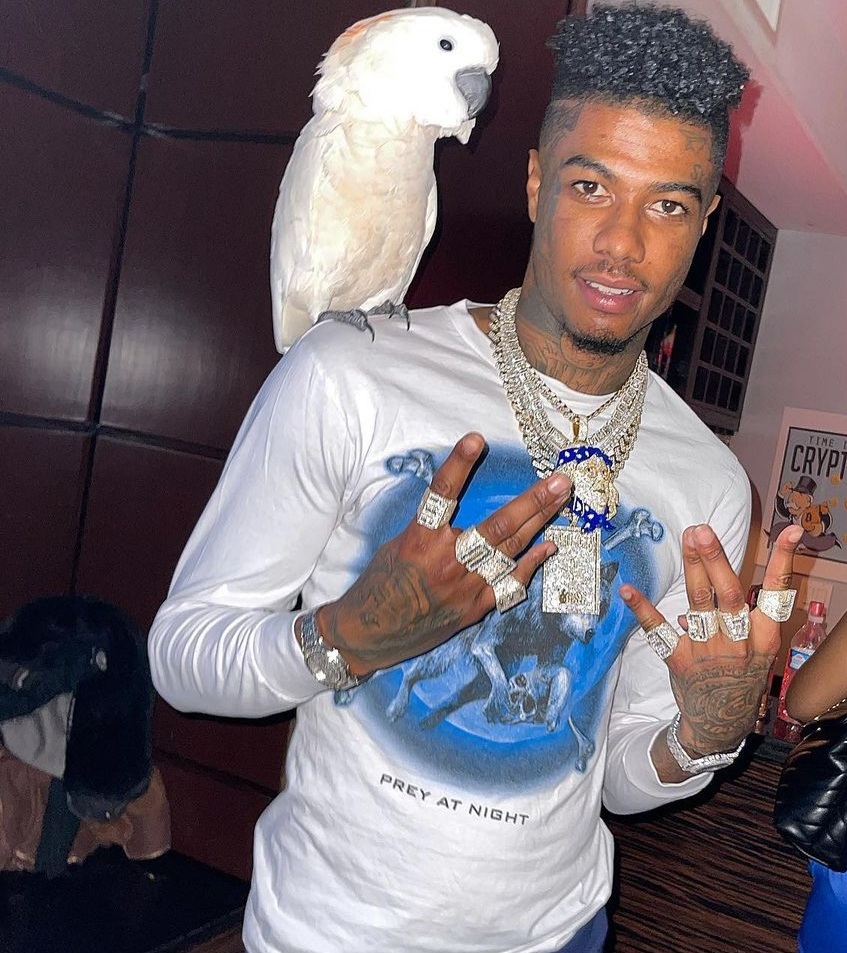 Thotiana rapper Blueface, 25, had been driving in a car with several people when he was stopped at the Sunset and Vine intersection around 3:15 a.m.

Police told TMZ that the music artist was originally pulled over for driving with an expired registration.

After doing a computer check police discovered that Blueface real name Johnathan Jamall Porter, was driving with a suspended license.

It is then alleged  that police found  loaded firearm. in the center console, leading to his arrest for possession of a concealed firearm.

None of the other passengers in the vehicle appear to have been arrested at this time.

Blueface last made headlines back in November for beating up a bouncer in San Fernando Valle nightclub.

The altercation was caught on camera and the rapper and others with him were charged with two felonies, one for assault and one for robbery.

According to TMZ Blueface and three others ‘stomped, kicked, and punched’ the doorman, leaving him in need of stitches.

Furthermore in November 28, 2021, Blueface and his manager Wack 100 got into a heated confrontation with female artist Chrisean Rock at the rapper’s house.

Wack shared live video footage of the encounter on Instagram.

The altercation began as Chrisean showed up at Blueface’s house unannounced. She claimed that she was signed to his record label.

However, Blueface and his manager Wack launched into vicious rant informing her that the deal was now “broken”.

Chrisean remained unconvinced and pleaded with the rapper.

“You’re free to go to do whatever you want to do! I promise you we will never talk to you again, studio, text, nothing!”

As police arrived on the scene, Chrisean claimed that one of the rooms in the house was hers, before alleging that all her stuff had been removed.

She added that the pair had “cleaned the entire house,” before the live stream ended.