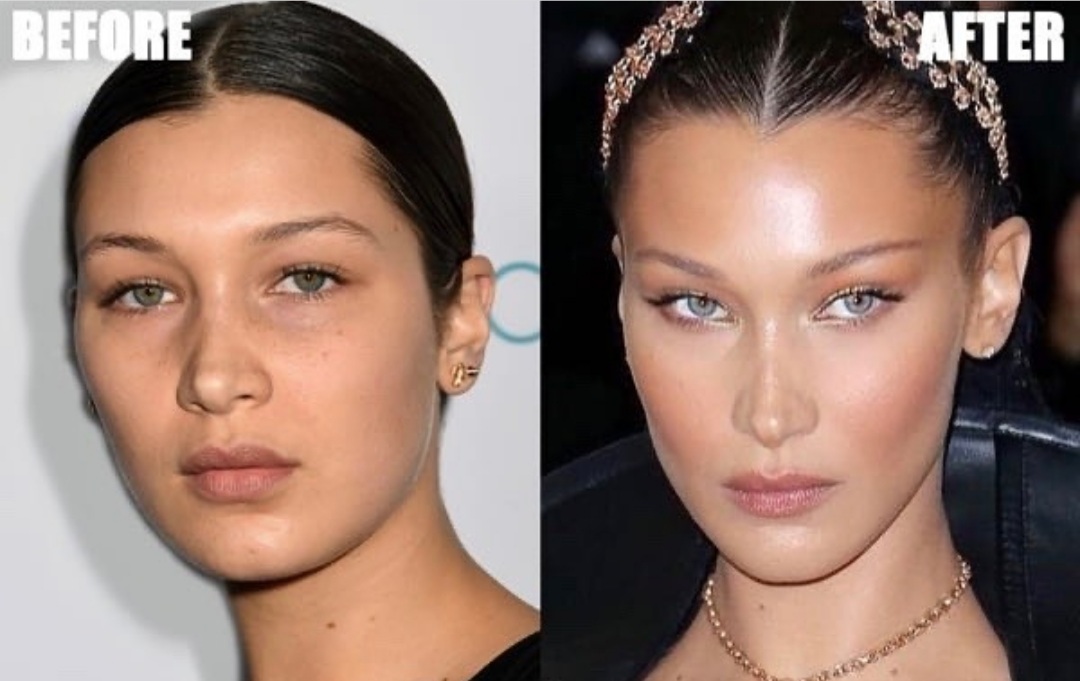 The 25-year-old spoke on her procedure during an interview with Vogue as she discussed a nose job she got as a teen.

“I wish I had kept the nose of my ancestors” she told the magazine, adding she thinks she “would have grown into it.” She said

Bella also hit back at trolls who have accused her of getting more than just a nose job.

She said: “People think I fully f**ked with my face because of one picture of me as a teenager looking puffy. I’m pretty sure you don’t look the same now as you did at 13, right?”

Bella explained: “Whoever thinks I’ve gotten my eyes lifted or whatever it’s called — it’s face tape! The oldest trick in the book.

“I’ve had this impostor syndrome where people made me feel like I didn’t deserve any of this. People always have something to say, but what I have to say is, I’ve always been misunderstood in my industry and by the people around me.”

The models older sister, Gigi, is also a top model, but Bella admitted it was an internal struggle growing up with her Gigi.

“I was the uglier sister,” she said. “I was the brunette’. 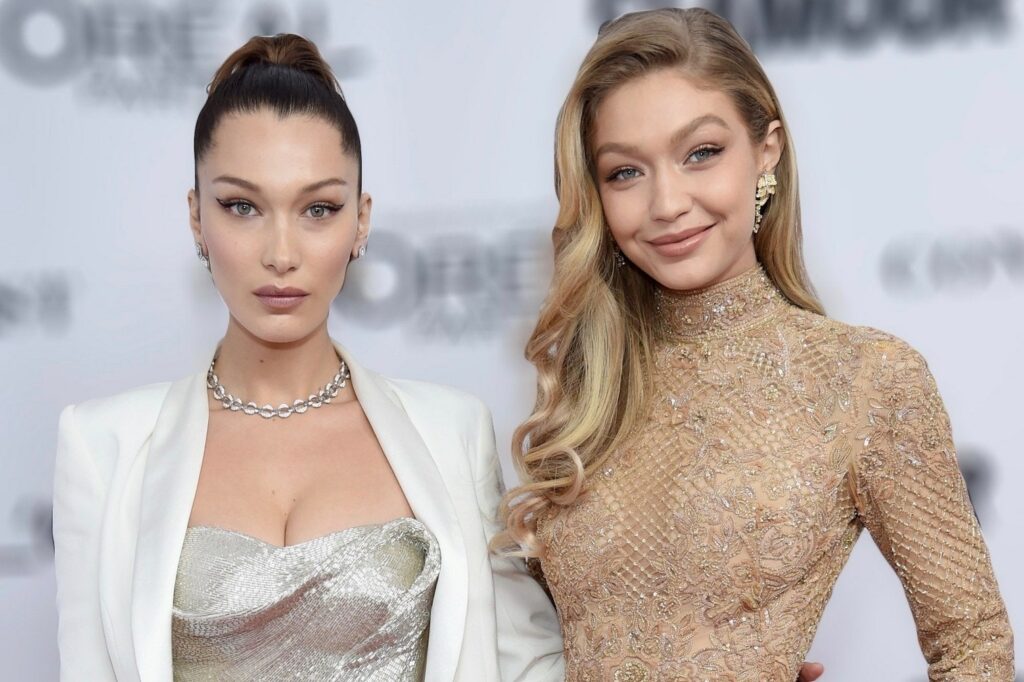 I wasn’t as cool as Gigi, not as outgoing. That’s really what people said about me.”

She continued: “And unfortunately when you get told things so many times, you do just believe it. I always ask myself, how did a girl with incredible insecurities, anxiety. Depression, body-image issues, eating issues, who hates to be touched, who has intense social anxiety. What was I doing getting into this business?”

Bella added: “I always felt like I had something to prove. People can say anything about how I look, about how I talk, about how I act. But in seven years I never missed a job, cancelled a job, was late to a job. No one can ever say that I don’t work my a** off.”

Bella also touched upon how she would cope wit her insecurities while navigating the fashion industry.

“I put on a very smiley face, or a very strong face. I always felt like I had something to prove,” she said.

She also revealed she previously had to seek professional help for depression – previously checking herself into a treatment facility for two weeks.

She went on to state that the fashion industry can ‘make or break you’ and she has to work hard to ensure she’s not neglecting her mental health.

‘To have to wake up every morning with this brain – it’s not cute,’ she shared. ‘So now everything that I do in my personal life is literally to make sure that my mental state stays above water.

‘Fashion can make you or break you. And if it makes you, you have to make a conscious effort every day for it not to break you. There’s always a bit of grief in love.

In the past, Bella insisted she hadn’t gotten any plastic surgery, so some fans were surprised by the confirmation that she had a nose job

As a result of Bella’s admission, her mother Yolanda Hadid has received backlash for allowing her teenager to undergo the cosmetic procedure. Fans of the model took to  twitter to give their opinion on the subject.

‘How much do you want to bet Yolanda was the main one making Bella feel that way about her nose? Then ALLOWING SURGERY?’

Another added: ‘At 14, you are just too young to have a nose job… Yolanda should have never had kids!’