Drake was honoured by Barcelona FC after making Spotify history.

The La Liga team are sponsored by Spotify and will replace the streaming service’s logo with the OVO owl logo of the Canadian rapper for El Clasico.

It is part of Barcelona and Spotify’s aim to “bring football and music together”.

“This doesn’t feel real but it is,” 35-year-old Drake said on Instagram.

The team will wear the special shirts with the four-time Grammy Award winner’s brand logo during the match. But for the warm-up will wear shirts depicting the Spotify logo on the front and ‘Drake 50’ on the back. 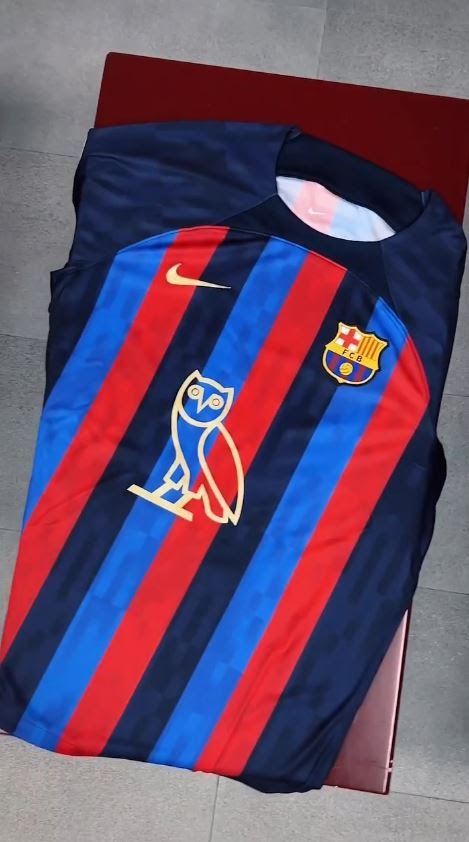 The football giants said in a statement:

“Our alliance with Spotify goes beyond a mere commercial relationship. It is a strategic relationship through which we seek to bring together two worlds that can arouse emotion. Namely music and football,” said Juli Guiu, Barcelona’s marketing vice-president.

“This initiative is another example of this desire and the innovative spirit of our collaboration.

“For the first time in our history, we are replacing the name of our main sponsor on the front of the jersey. With an internationally acclaimed artist, Drake.

“This initiative shows our potential to become a unique platform to offer experiences that help bring us closer to our fans, while reaching out to new audiences around the world.”

Spotify’s vice-president of partnerships, Marc Hazan, said: “We were really excited to celebrate one of the biggest games of the year. And mark Drake’s milestone as the first artist to reach 50 billion streams.

“We’ve always said that we want this partnership to be a celebration of fans, players and artists on a global stage. And there’s no bigger stage than El Clasico.”

After the announcement was made, many fans pointed out the similarities between OVO logo and Sheffield Wednesday’s.