In June 2020, Elgort was accused of sexual assault by a woman who identified herself only as Gabby. In a Twitter post, she alleged the actor assaulted her when she was 17 and he was 20. The allegations, which Elgort denied, came to light after West Side Story – which is in cinemas now – wrapped filming.

Elgort admitted that he did have a ‘brief, legal and entirely consensual relationship’ with the woman, but denied any assault or wrongdoing, with his co-stars speaking about the allegations for the first time in a lengthy profile for The Hollywood Reporter. 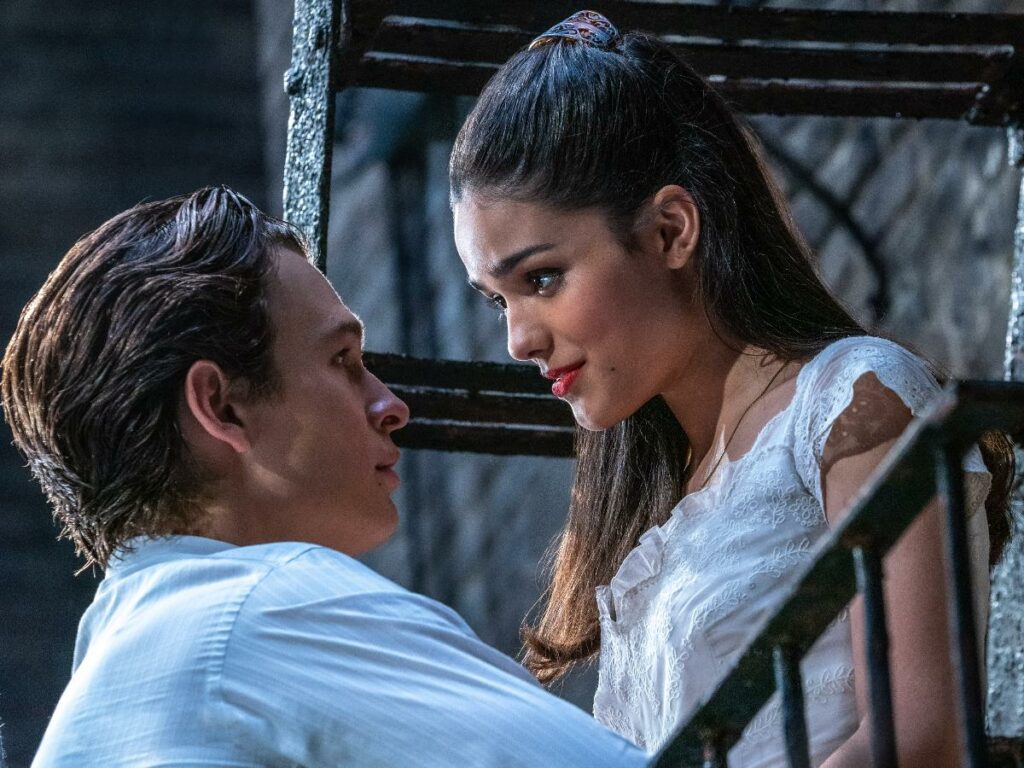 ‘We made a movie two and a half years ago, and a lot has gone on in the world since then,’ Zegler began.

‘A lot has changed very publicly, and privately as well. There’s been a lot of awakening,’ she continued.

‘You just hope that the people involved are OK, that they are asked in a respectful manner and that they are given the opportunity to answer for themselves,’ she concluded.

DeBose, 31,  who plays Anita, added. ‘Nobody really knows what’s going on in anyone’s head. Only the people who were involved in that situation know what actually went down.’

Moreno, 90, who played DeBose’s character Anita in the original 1961 adaptation of West Side Story and plays Valentina in this adaptation, also spoke about it.

‘I think it would have been absolutely horrendous and wrong for anyone to take sides in that matter. It’s not for me to make those judgments,’ Moreno said.

Spielberg hasn’t addressed the allegations, and Elgort appears to be doing press, telling E! News, “The songs are great, even though I couldn’t sing them perfectly right away. But that’s good — anything that’s a challenge is good, right? It’s worth it.”

No formal charges have been brought to Ansel Elgort. Furthermore his accuser has remained quiet regarding the matter since deleting her tweets.