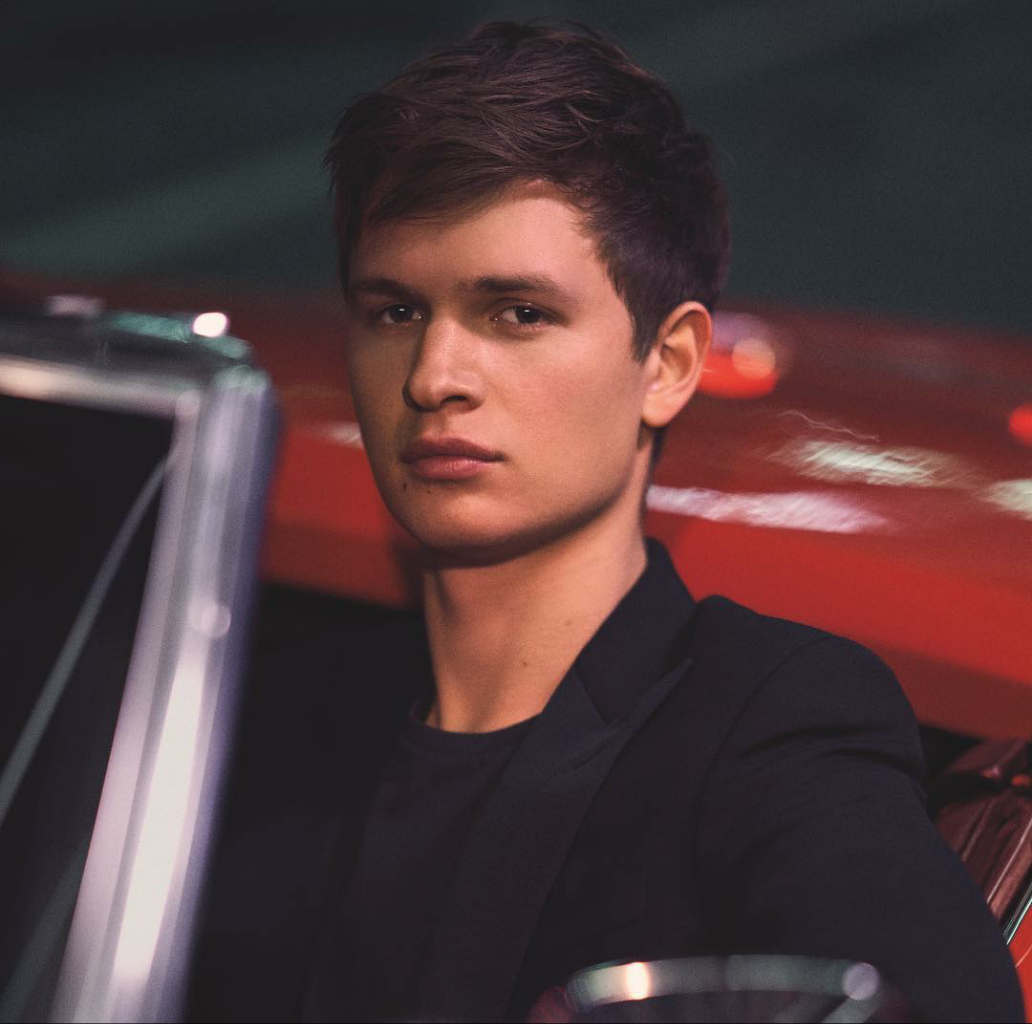 Ansel Elgort star of tear jerker movie ‘a fault in our stars’ has been accused of sexual assault. The allegations come from a Twitter user known as ‘Gabby’. The claims accuse Elgort of assault in 2014.

Gabbys tweet starts: “I was sexualy assaulted just after I turned 17. I was only f#cking 17. And he was in his, 20s. He knew what he was doing. I’m not posting this to ‘clout chase’ because I simply don’t care for that. I’m posting this so I can finally heal. And I know I am not alone and he has don’t this before. Ansel Elgort assaulted me when I was 17.” 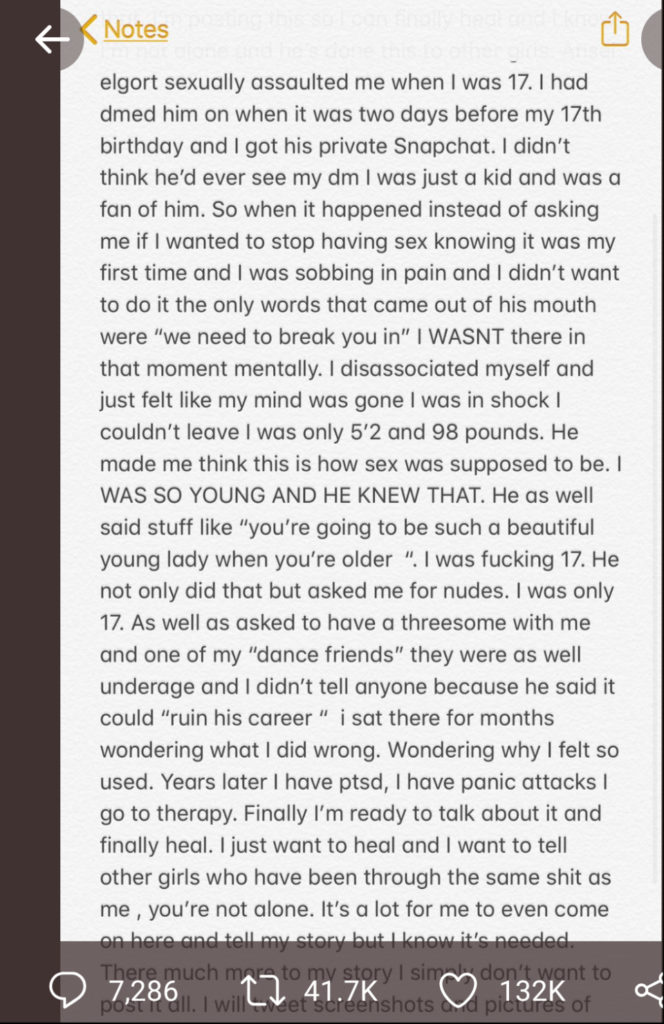 Many twitter users took to her comments to question her accusations. One users asked ‘is this you?” referring to a tweet in which she uses the N-word. Another user resurfaced a risqué comment made on Gabbys account, which said’ f#ck me’. 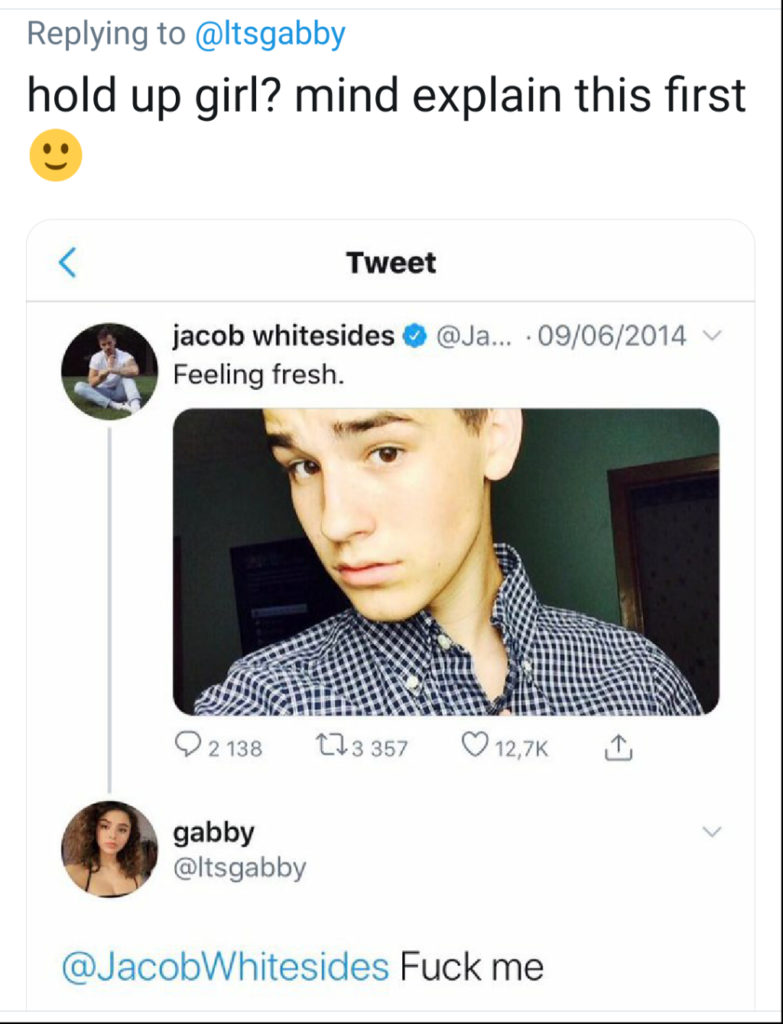 Gabby replied:” Again this wasn’t my account back then I only got this account from someone who gave me it but thank you.”

According to Gabby, she sent Elgort a direct message two days before her 17th birthday and he responded with his private Snapchat account. Gabby claims Elgort knew she was 17 and told her, “You’re going to be such a beautiful young lady when you’re older.

Gabby also mentions that the reason she hadn’t woken out sooner, was be because Ansel allegedly said it would ruin his career.

In an interview with GQ Ansel Elgort commented on how he wines and dive women.

“Girls love it when you have some weird nerdy thing in your room,” he told GQ. “It makes you look less threatening, even though I’m, like, very threatening. I’m the most threatening guy ever.”

It seems no formal police reports have been filed. Ansel Elgort has yet to comment on the allegations.