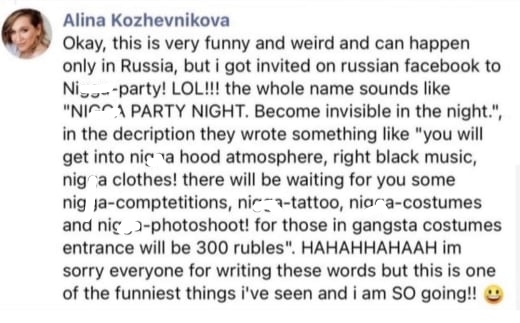 In an Instagram story she said: “I’m sure some of you have seen the screenshot of one of my past posts. Sincerely want to apologize to those whose feelings have been hurt.’

In addition, she continued:

I never intended to offend anyone. I’ve always will be against any form of discrimination.

“I saw a lot of people on social media using [the N-word], so I thought it was like ‘bro’ or ‘fella’. But I was wrong. Again, my deepest apologies to those who were hurt by my words.” 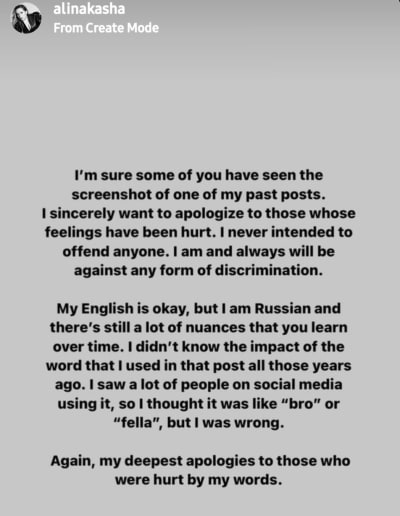 However, she then continued to defend herself. Again, insisting she wasn’t a racist.

She said: “Despite what’s being said about me, my friends, family and those who met me in person know who I really am. And who I am not. And I know it too [sic] the answers are coming.”

However in a post separate to the N word fueld Facebook post, she seemingly mocked Hugh grants child. she gushed over Hugh Grant for being handsome yet mocked the two children he shares with Tinglan Hong for being “kinda Asian.”

In a statement TLC said:

‘TLC discontinued filming with Alina Kozhevnikova following the recent discovery of her past social media statements. She will not appear on the upcoming Tell All. Or any future seasons of the franchise. And starting next month, she will no longer appear on ‘Before the 90 Days.’ TLC does not tolerate racism or discrimination of any kind.’